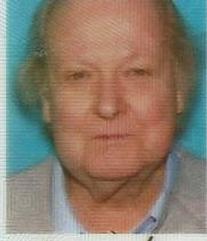 John Alan Cunningham, 76, of Shelbyville, passed away Monday, January 22, 2018 at his residence. He was born January 1, 1942, in Shelbyville, the son of John Wilbur “Wib” and Helen (Hancock) Cunningham. John is survived by his brother, Stephen Cunningham and wife, Toni, of Columbus; nieces, Stephanie Snow of Glencoe, Illinois, and Meridith Oxley and husband, Tobey, of Charleston, South Carolina; two great-nieces and a great-nephew. He was preceded in death by his parents. John graduated from Waldron High School in 1960, completed his under graduate studies at Purdue University and obtained his Master’s degree in horticulture from Rutgers University. He formerly served in the U.S. Army National Guard. John formerly owned and operated, John Cunningham Florist in Indianapolis. He loved animals. A private memorial service will be held at a later date. Services have been entrusted to Freeman Family Funeral Homes and Crematory, 819 S. Harrison St. in Shelbyville. Memorial contributions may be made to Waldron Alumni Association, in care of Rick Haymond, PO Box 289, Waldron, Indiana 46182 or the Shelbyville-Shelby County Animal Shelter, 705 Hale Road, Shelbyville, Indiana 46176. Online condolences may be shared with John’s family at www.freemanfamilyfuneralhomes.com.
To order memorial trees or send flowers to the family in memory of John Alan Cunningham, please visit our flower store.