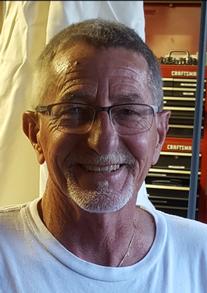 John Howard Smith, 64, of Shelbyville, passed away Wednesday, November 14, 2018 at Franciscan St. Francis Health in Indianapolis. He was born July 22, 1954, in Jonesville, Kentucky, the son of Harold and Hilda (Maddox) Smith. On March 20, 1971, he married his wife, Sandra “Sandy” Willard, and she survives. In addition to Sandy, John is survived by his sons, Jamey Smith and wife, Gina, Johnny Smith, and Jason Smith and wife, Robin, all of Shelbyville; sister, Melanie Hardwick and husband, Lee, of Ellettsville; grandchildren, Hunter Smith, Hayden Smith, Conner Beagle, KayLynn Smith, Gavin Smith, Payten Smith, Emma Smith, Alex Carter, Shawn Carter and Emily Frazier; great-grandson, Bentley Wilson; father-in-law and mother-in-law, James and Barbara Willard of Ocala, Florida; and several nieces and nephews. He was preceded in death by his parents; and sister, Marcia Hunt. John graduated from Shelbyville High School in 1972. He attended West Street United Methodist Church. John was a special deputy for the Shelby County Sheriff’s Department, when he was just 18 years old. He was the maintenance manager at Standard Register, now Taylor Communications, for 46 years. He enjoyed woodworking and coaching sports. John was very particular about his yard and enjoyed spending time with his grandchildren. John was all about his family, spending much of his time and energy, being a very caring and loving husband, father and grandfather. Visitation will be from 2 to 6 p.m. Sunday, November 18, 2018 at Freeman Family Funeral Homes and Crematory, Carmony-Ewing Chapel, 819 S. Harrison St. in Shelbyville. Funeral services will be at 6 p.m. Sunday at the funeral home. Memorial contributions may be made to Hoosier Burn Camp, PO Box 233, Battle Ground, Indiana 47920. Online condolences may be shared with John’s family at www.freemanfamilyfuneralhomes.com.
To order memorial trees or send flowers to the family in memory of John Howard Smith, please visit our flower store.