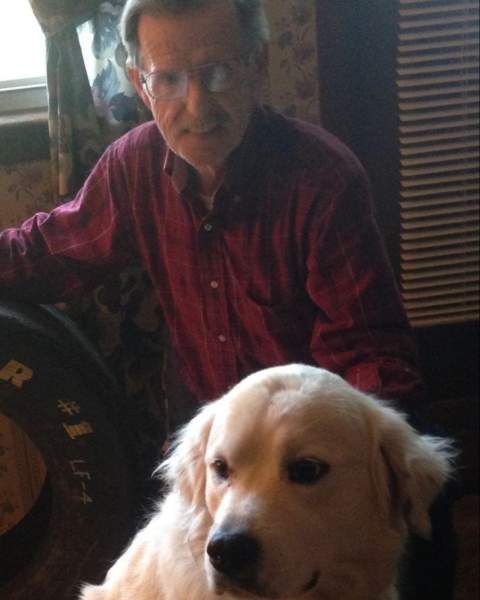 He was born June 6, 1941, in Indianapolis, the son of Joseph and Pauline (Ostler) Lime.

Dave is survived by his children, Jim Lime of Fairland, Patty Cox and husband, Bryan of New Castle, and Emily Salyer and husband, Christopher, of Richmond; brothers, Christopher Lime and wife, Pamela

, of Atlanta, Georgia, and Joseph Lime and wife, Sharon, of New Palestine; daughter-in-law, Regina Lime of Indianapolis; and numerous grandchildren, great-grandchildren and nieces and nephews.

He was preceded in death by his parents; and sons, Anthony Scott Lime and Jeffery Short.

He was an electrician, working for Chrysler for 24 years and Allison’s for 24 years, retiring in 2007.

Dave was a member of the Knights of Columbus, Masonic Lodge and Order of the Eastern Star.

He enjoyed being on the water and driving stock cars.  Dave was a big NASCAR fan and especially enjoyed watching, Jeff Gordon

Dave’s best furry friend was his dog, Mia, who passed along his side.

A Celebration of Dave’s life will be announced.

Online condolences may be shared with Dave’s family at www.freemanfamilyfuneralhomes.com.

To order memorial trees or send flowers to the family in memory of John David "Dave" Lime, please visit our flower store.