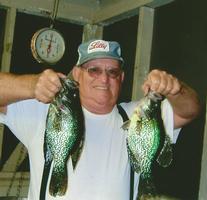 John Michael “Mike” Linne, 75, of Fairland, passed away Sunday, August 20, 2017 at Franciscan St. Francis Hospital in Indianapolis. He was born October 3, 1941, in Indianapolis, the son of Edward George ad Agnes Jean (Pinnick) Linne. He married Nancy Rose (Stone) Linne on October 19, 1963, and she survives. Mike is also survived by his sons, Greg Michael Linne, John Edward Linne and Scott Allen Linne, all of Fairland; brothers, Robert Jeffery Linne, Stephen Riley Linne and David Earl Linne; sister, Margaret L. Boggs; and several nieces and nephews. He was preceded in death by his parents; brothers, Billy Linne, Donald Linne and Joe Linne; and sisters, Martha Stillabower and May Cox. Mike graduated from Scecina Memorial High School in Indianapolis in 1959. He was a member of St. Joseph Catholic Church. Mike retired from Union Plumbers, Steamfitter and Service Techs Local No. 440 in 2003, with 35 years of service. He was also a member of Union Local No. 440 and the Knights of Columbus in Shelbyville. Mike loved to fish and hunt. A gathering of friends will be from 9 to 9:30 a.m. Friday, August 25, 2017 at Freeman Family Funeral Homes and Crematory, Carmony-Ewing Chapel, 819 S. Harrison St. in Shelbyville. A Mass of Christian Burial will be at 10 a.m. Friday, at St. Joseph Catholic Church, 125 E. Broadway St. in Shelbyville, with Father Mike Keucher officiating. Following Mass a celebration of Mike’s life will be held at the Knights of Columbus, 413 E. South St. in Shelbyville. Memorial contributions may be made to St. Joseph Catholic Church, 125 E. Broadway St., Shelbyville, Indiana 46176. Online condolences may be shared with the Linne family at www.freemanfamilyfuneralhomes.com.
To order memorial trees or send flowers to the family in memory of John Michael "Mike" Linne, please visit our flower store.