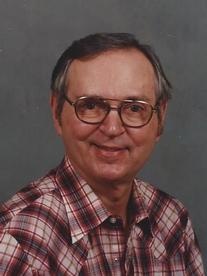 John Owen Phillips, 90, of Morristown passed away Tuesday, October 15, 2019 at Morristown Manor in Morristown. He was born October 22, 1928, in Indianapolis, the son of Owen and Anna Phillips. On June 16, 1962, he married his wife of 57 years, Beverly Muir, and she survives. In addition to Beverly, John is survived by his daughters, Pam Hitch and husband, Mike, of Shelbyville, and Sherry Wood and husband, Kevin, of Morristown; grandchildren, Jeremy Brown and wife, Rachel, K.C. Wood, Tasha McNeil and Trista Wood; great-grandchildren, Patience, Sidney, Emma, Karter, Kameron, Koleman, Kingston, Peyton and William; and several nieces and nephews. He was preceded in death by his parents; and brothers, Julian Phillips and Edmond Phillips; and sister, Olga Wolman. John graduated in 1946 from Arsenal Tech High School in Indianapolis. He was a U.S. Air Force veteran. John began working, as an electrician for Indianapolis Power and Light in 1967, retiring with over 30 years of service. He was a member of the Murat Shrine and a 50-year member of the Morristown Masonic Lodge. John enjoyed tinkering. He loved spending time with his grandchildren. Graveside services will be at 1 p.m. Saturday, October 19, 2019 at Asbury Cemetery in Morristown, with military graveside rites conducted by the local military committee. Services have been entrusted to Freeman Family Funeral Homes and Crematory, Frazier Chapel, 124 E. North St. in Morristown. Memorial contributions may be made to Suburban Hospice, 1560 N. State St. Greenfield, Indiana 46140. Online condolences may be shared with John’s family at www.freemanfamilyfuneralhomes.com.
To order memorial trees or send flowers to the family in memory of John Owen Phillips, please visit our flower store.