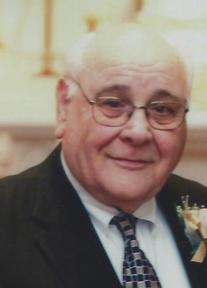 John Peter Soller was received into the Communion of Saints on January 23, 2018. John was born April 25, 1935 to Urban and Martha Soller. He was married to Dorothy C. Soller (Crawford) celebrating 58 years on January 16, 2018. He is preceded in death by his parents, his son John and his brother David. He is survived by his siblings; Steven Soller, Mary Josephine Bay, and Margaret Earp. His children, Peter, Sharon (Tulloh), Catherine (Masloski), Michael, Richard, Gregory, Jean (Jorden), Kristofer along with his 13 grandchildren pray for his peace and comfort for his wife. John graduated from the University of Dayton, Summa Cum Laude as a mechanical engineer in 1957 and was a lifetime member of the American Society of Mechanical Engineering. He served in the US Army on active and reserve duty from 1957 until his honorable discharge in 1963. John was a 4th degree member of the Knights of Columbus and a member of St. Joseph’s Catholic Church. In his professional life John was a licensed Professional Engineer in Indiana, Ohio and Illinois, was the City Engineer for Shelbyville and was the licensed sewage treatment plant operator in the 1970’s. He consulted as an Engineer through his company Soller Engineering and was the President of Hoosier Plumbing and Heating from 1973 until his retirement in 2000. He found enjoyment in his hobby of type set printing, creating forms and designs for his business associates. He also was a longtime usher at Clowes Memorial Hall at Butler University. John enjoyed traveling with his wife to see the wonders of the world and reveled in the variety of cultures which abound. Visitation will be from 4 to 8 p.m. Monday, January 29, 2018 at Freeman Family Funeral Homes and Crematory, Carmony-Ewing Chapel, 819 S. Harrison St. in Shelbyville, with the rosary recited at 3:30 p.m. A Mass of Christian Burial will be at 10 a.m. Tuesday, January 30, 2018 at St. Joseph Catholic Church, 125 E. Broadway St. in Shelbyville. Memorial Donations can be made to the Martha Ford Soller Scholarship Fund through the Blue River Community Foundation at https://www.blueriverfoundation.com. Online condolences may be shared with John’s family at www.freemanfamilyfuneralhomes.com.
To order memorial trees or send flowers to the family in memory of John P. Soller, please visit our flower store.