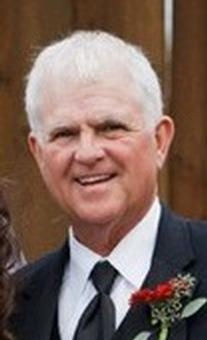 John R. Eiler, 69, of Shelbyville passed away Friday, May 10, 2019 at Franciscan St. Francis Health in Indianapolis. He was born June 8, 1949, in Shelbyville, the son of Jack and Allene (Bass) Eiler. On April 30, 1976, he married his wife of 43 years, Barbara Scott Eiler, and she survives. In addition to Barbara, John is survived by his daughters, Jill Nolley and husband, Rob, of Shelbyville, Megan Brewer and husband, Matt, of Indianapolis, and Stacey Eiler of Moline, Illinois; son, Jason Eiler of Moline; sisters, Sherrie Haehl and husband, Nathan, of Jupiter, Florida, Chris Wissing and husband, Michael, of Manilla, and Cindy Eiler of Shelbyville; brothers, Mark Eiler of Shelbyville, and Bill Eiler and wife, Donna, of San Angelo, Texas; grandchildren, Makenzie Nolley, Quinn Nolley, Dylan Brewer, Simon Brewer, Devon Eiler, Ashley Eirhart and Madison Eiler; three great-grandchildren; and numerous nieces and nephews. John was preceded in death by his parents. He graduated in 1967 from Waldron High School. Prior to being in the military he attended Hanover College and Purdue University, after his military service he received his associate’s degree in business from IUPUI. John was a U.S. Air Force veteran, serving during the Vietnam War, from 1968 to 1972. He was a member of First Christian Church and a former member of the Benevolent and Protective Order of the Elks. John formerly worked as a salesman for Knauf Insulation from 1979 to 1986. In 1986, he and Barbara purchased Diversified Insulation Distributors, until retiring in 2011. Golfing was John’s passion. He won several tournaments, and got numerous “holes-in-one” including two in the same year. He also enjoyed watching and discussing politics. One of his greatest joys in life was spending time with his grandchildren. Visitation will be from 4 to 8 p.m. Monday, May 13, 2019 at Freeman Family Funeral Homes and Crematory, Carmony-Ewing Chapel, 819 S. Harrison St. in Shelbyville and from 10 to 11 a.m. Tuesday, May 14, 2019 at the First Christian Church, 118 W. Washington St. in Shelbyville. Funeral services will be at 11 a.m. Tuesday at the church, with Rev. Bill Horner officiating. Military rites will be conducted by the local military committee. Private interment will be at Forest Hill Cemetery in Shelbyville. Memorial contributions may be made to the First Christian Church or Indiana Blood and Marrow Transplantation, 8111 S. Emerson Avenue, Suite 105, Indianapolis, Indiana 46237. Online condolences may be shared with John’s family at www.freemanfamilyfuneralhomes.com.
To order memorial trees or send flowers to the family in memory of John R. Eiler, please visit our flower store.