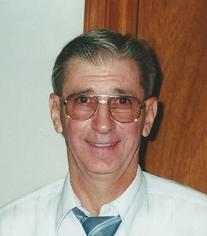 John Roscoe “John R.” Scott, 77, of Shelbyville passed away Friday, October 30, 2020, at Heritage House of Shelbyville. He was born January 6, 1943, in Johnson Co., Indiana, the son of Eugene and Margaret Ellen (Willard) Scott. On December 14, 1963, he married his wife of 56 years, Bonnie Lou Eidem, and she survives. As a team, John R. and Bonnie raised two wonderful sons, Shane Eric Scott and wife, Melissa, of Edinburgh, and Tyler Cory Scott and wife, Jill, of Marietta. Also surviving John R. are his brothers, Donald Scott, Glen Dale Scott and wife, Barbara, Marlin Scott and wife, Sonya, Robert Scott and wife, Becky, and Kevin Scott; and sister, Kathy Kelley; sister-in-law, Linda Richard and husband, Mike; brother-in-law, Paul Eidem and wife, Sue; and numerous nieces and nephews. John R. was preceded in death by his parents. He graduated in 1961 from Southwestern High School. Later, John R. served on the Southwestern School Board for eight years. John R. was a U.S. Army veteran, serving during the Vietnam War. He was in the auction profession for over 50 years, starting late in high school. He and Bonnie owned and operated John R. Scott Auctions, retiring in 2014. Together they conducted many charity auctions for the Shelbyville Rotary Club, cake auctions for the Cub Scouts, as well as, benefit auctions for the Arts Council. John R. received the Paul Harris Award from the Rotary Club, for his dedication to their club. John R. and Bonnie owned and operated Scott’s One Stop Lawn Shop, for 23 years. They started selling Allis Chalmer, Wheel Horse, Lawn Boy and Stihl equipment. After moving the business to town in 1988, they closed in 1994. He also sold real estate with Don Kelley. John R. was a member of the Indiana Auctioneers Association and was a member of the Marietta Volunteer Fire Department for many years. He loved working with his horses, training and riding, Sunny, Red, Buddy and Breeze. Visitation will be from 5 to 8 p.m. Wednesday, November 4, 2020, at Freeman Family Funeral Homes and Crematory, Carmony-Ewing Chapel, 819 S. Harrison St. in Shelbyville. Funeral services will be at 10 a.m. Thursday, November 5, 2020, at the funeral home, with Rev. Beth Crouch officiating. Interment will be at Miller Cemetery in Shelby County. Memorial contributions may be made to Cal Farley’s Boys Ranch, 600 W. 11th Avenue, Amarillo, Texas, 79101-3228, local food pantries or donor’s choice of charity. Online condolences may be shared with John R.’s family at www.freemanfamilyfuneralhomes.com.
To order memorial trees or send flowers to the family in memory of John Roscoe "John R. " Scott, please visit our flower store.