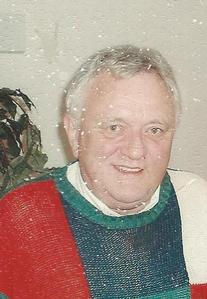 John Stephen Bass, 76, of Shelbyville passed away Monday, February 20, 2017 at Franciscan St. Francis Health in Indianapolis. He was born October 17, 1940 in Knightstown, the son of Verle and Ruth (Kanouse) Bass. He married Beverly Latimer Bass on June 24, 1983, and she survives. John is also survived by his sons, Todd Bass and wife, Julie, of Madison and Brad Bass and wife, Jana, of Shelbyville; step-sons, Norman Latimer and significant other, Dianna, of Denim Springs, Louisiana, and Scott Latimer and wife, Tracie, of Shelbyville; step-daughter, Cindy Pierce and husband, Melvin, of Shelbyville; grandchildren, Chris, Jessica, Amy, Joel, Riley, Jennifer, Julie, Jessica, Brandon, Nick, Derek, Nathan, Tyler, Katie and Jessica; and several great-grandchildren. He was preceded in death by his parents. John graduated from Shelbyville High School in 1958. He was a machinist for over 40 years. John retired from Ryobi in 2004, and had worked for several other companies including Chrysler. John was a member of the Moose Lodge No. 2118, Sons of the American Legion, and longtime member of Eagles Aerie Lodge No. 766. He was a huge fan of the Green Bay Packers. John followed the Pirates and Marlins in baseball, when his grandson Chris played for them. John also enjoyed watching NASCAR and Indiana University Basketball. He loved to golf. Visitation will be from 5 to 8 p.m. Thursday, February 23, 2017 at Freeman Family Funeral Homes and Crematory, Carmony-Ewing Chapel, 819 S. Harrison St. in Shelbyville. Funeral services will be at 10 a.m. Friday, February 24, 2017 at the funeral home. Memorial contributions may be made to St. Jude’s Children Research Hospital, 501 St. Jude Place, Memphis, Tennessee 38105.
To order memorial trees or send flowers to the family in memory of John Stephen Bass, please visit our flower store.