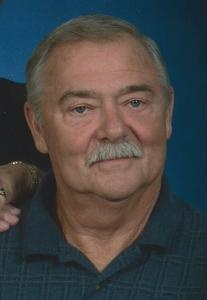 Joseph Dwain Thurston, 78, of Shelbyville, passed away Monday, January 31, 2022. He was born July 21, 1943, in Shelbyville, the son of Walter and Mabel (McDaniel) Thurston. On September 28, 1963, he married his wife of 58 years, Linda Carroll, and she survives. In addition to Linda, Joseph is survived by his sons, Gregory Scott Thurston of Shelbyville, Jonathan Dwain Thurston and wife, Janna, of Rushville, and Bradley Aaron Thurston and wife, Mindy, of Greensburg; brother, Wesley Thurston; sisters, Marilyn Bansbach of Shelbyville, Nelda Cheseborough and husband, Mike, of Fishers, and Linda Garlitch of Portland; seven grandchildren, Morgan Hirschauer and husband, Keith, McKenzie Thurston, Marie Thurston, Hyatt Thurston, Riley Thurston, Jordan Thurston and JoLeigh Thurston; four great-grandchildren, Lilli Dusenbury, Layla Hirschauer, Sawyer Thurston and Grayson Martin; and numerous nieces and nephews. Joseph was preceded in death by his parents; brothers, Franklin Pierce Thurston, Maurice Thurston, Walter Thurston and Kenny Thurston; and a sister, Joann Coffey. He graduated in 1960 from Shelbyville High School. Joseph was a member of Blue Ridge Christian Union Church for 15 years, he enjoyed serving the church. He was formerly employed at Shelbyville Kennedy Carliner from 1963 to 1970. Joseph retired from Indianapolis International Harvester (Navistar) in 2009, with 39 years of service, where he was a member of the United Auto Workers. He was a millwright. Most of all, Joseph enjoyed his family. He supported his grandchildren by attending their award banquets, plays and other events. He also enjoyed having family dinners. Visitation will be from 3 to 6 p.m. Saturday, February 5, 2022, at Freeman Family Funeral Homes and Crematory, Carmony-Ewing Chapel, 819 S. Harrison St. in Shelbyville and from 1:30 to 2:30 p.m., Sunday, February 6, 2022, at Blue Ridge Christian Union Church, 446 S 775 E, Shelbyville. Funeral services will be at 2:30 p.m. Sunday at the church, with Pastor James Thurman officiating. Interment will be in Blue Ridge Cemetery in Shelby County. Memorial contributions may be made to the Blue Ridge Christian Union Church. Online condolences may be shared with Joseph’s family at www.freemanfamilyfuneralhomes.com.
To order memorial trees or send flowers to the family in memory of Joseph Dwain Thurston, please visit our flower store.