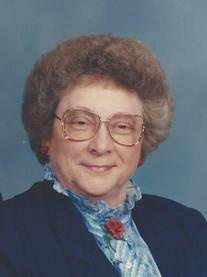 Josephine A. “Jody” Olinger, 87, of Fairland passed away Monday, November 9, 2020 at Cypress Run in Morristown. She was born March 19, 1933, in Acton, the daughter of Robert and Hazel Moore. On December 14, 1949, she married Richard L. “Dick” Olinger, and he preceded her in death on July 13, 2019. Jody is survived by her sons, Robert L. Olinger of Shelbyville, and Tracy L. Olinger of Fairland; daughter, Terri L. Meal and husband, John, of Fairland; sister, Gwenn Kaster and husband, Carroll, of Fountaintown; eleven grandchildren; numerous great-grandchildren and great-great-grandchildren; and several nieces and nephews. In addition to Dick, Jody was preceded in death by her parents; daughter, Karen L. Kremer; sister, Jane Maze; and brother, Glenn Moore. Jody attended Franklin Township High School and New Life United Methodist Church. She was formerly the manager of the Shelbyville License Branch and had previously worked as a bookkeeper in the Secretary of State office. Jody had previously served as the treasurer of the Shelby County Democrat Central Committee. She had worked on the Shelby County Election Board for 20 years. She was a 50-year member of the Acton and Fairland Chapters of the Order of the Eastern Star, and had served as Worthy Matron. Jody was also a member of the Order of the White Shrine of Jerusalem, Daughters of the Nile and Order of Amaranth. Jody was also a member of the Shelby County Extension Homemakers. She enjoyed reading and running the roads. Visitation will be from 10 a.m. to noon, Saturday, November 14, 2020 at Freeman Family Funeral Homes and Crematory, Carmony-Ewing Chapel, 819 S. Harrison St. in Shelbyville. Order of Eastern Star service will begin at noon, followed by the funeral service. Interment will be at New Palestine Cemetery in New Palestine. Memorial contributions may be made to the Acton Chapter 173 Order of Eastern Star, 7525 S. Acton Road, Indianapolis, Indiana 46259. Online condolences may be shared with Jody’s family at www.freemanfamilyfuneralhomes.com.
To order memorial trees or send flowers to the family in memory of Josephine A. "Jody" Olinger, please visit our flower store.