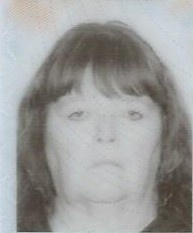 Kathy is survived by her children, Amy Cooper and Chrissy Swart, both of Ohio, Anthony “Tony” Beckham and wife, Stephanie, Cathy Martin, both of Shelbyville and Zachary Martin, of Dayton, Ohio; step-daughter, Julie Beckham-Fleming and husband, Geno, of Crittenden, Kentucky; and numerous grandchildren and great-grandchildren.

In addition to Todd, Kathy was preceded in death by her parents; step-son, Todd Beckham; and brother, William “Billy” Newland.

Kathy was formerly of Ohio and had worked as a waitress at O’Charleys at Eastgate, for over 15 years.

Online condolences may be shared with Kathy’s family at www.freemanfamilyfuneralhomes.com.

To order memorial trees or send flowers to the family in memory of Kathleen Viola "Kathy" Beckham, please visit our flower store.