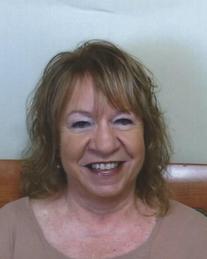 Kathleen V. “Kathy” Davis, 69, of Shelbyville, passed away Tuesday, February 8, 2022, at her home. She was born on May 14, 1952, in Shelbyville. Kathy was one of eight children born to Calvin E. and Ima Jean (Ogden) Roberts. She was raised on a small farm close to St. Paul, until moving to Waldron in 1966. On September 3, 1972, she married Michael James Davis and they remained close raising their two daughters until his death in 2011. Kathy is survived by her daughters, Brandy (Robert) Jenkins and Brooke (Andrew) Witkemper; three brothers, Dean (Tammy) Roberts, Calvin (Cindy) Roberts and Greg (Kimberly) Roberts; three sisters, Debbie Crowe, Sherrie (Robert) Wagner and Brenda Robertson; ten grandchildren and step-grandchildren, Austin (Brianna), Clayton, Brandon, Grace, Ashton, Jayce, Jennifer, Julie, Jessica and Emma; two great-granddaughters, Anabel and Ariella; and six step-great-grandchildren. She also has 21 nieces and nephews and 33 great-nieces and nephews. She also leaves behind her King Charles Spaniels, Chloe and Josie. She was preceded in death by her parents; and her infant brother, Jerry Roberts. Kathy attended St. Paul Elementary School for two years, until it closed. She graduated in 1970 from Waldron High School. She formerly worked at Farm Bureau Insurance at the Indianapolis location from 1970 to 1973. After 18 years of working in Administration at Freudenberg NOK, from February of 1973 to January of 1991, she decided to pursue her dream of becoming a nurse to work in the healthcare field. After receiving her nursing degree in February of 2005, she worked in home health care from 1995 to 2016. Kathy retired from Major Hospital Obstetrics Department in 2017, after 17 years of employment. Kathy truly had a passion for enriching the lives of women and their families. In 1987, she began her 35 years mission, by becoming a Mary Kay Beauty Consultant. She continued that mission even in her final days. She was always known to be a hard worker, also working various other part time jobs in the community including the start up (new home sales) of Eaglebrook housing addition, “Compton’s” Cow Palace and retail sales. Kathy enjoyed making friends in all she did. She also enjoyed traveling to Madison, Chicago, Brown County, Tennessee and Florida. Visitation will be from 9 to 11 a.m. Wednesday, February 16, 2022, at Freeman Family Funeral Homes and Crematory, Carmony-Ewing Chapel, 819 S. Harrison St. in Shelbyville. Funeral services will be at 11 a.m. Wednesday at the funeral home, with Jeannetta Faye Stickford officiating. Interment will be at Van Pelt Cemetery in Shelby County. Memorial contributions may be made to the Shelbyville-Shelby County Animal Shelter, 705 Hale Road, Shelbyville, Indiana 46176 or Premier Hospice, 11550 N. Meridian St. # 375, Carmel, Indiana 46032. Online condolences may be shared with Kathy’s family at www.freemanfamilyfuneralhomes.com.
To order memorial trees or send flowers to the family in memory of Kathleen V. "Kathy" Davis, please visit our flower store.