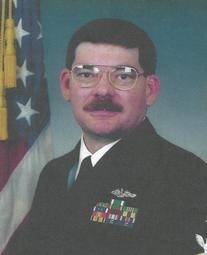 Kenneth Eugene Hester, 59, of Greenfield passed away Sunday, September 22, 2019. He was born May 22, 1960, in Indianapolis, the son of Lowell L. and Wilma Lee (Sheets) Hester. On May 4, 2017, he married Tammy (Everhart) Myers, and she survives. In addition to Tammy, Kenny is survived by his son, Turner Myers of Greenfield; brother, Wendell A. Hester and wife, Teresa, of Shirley; sister, Lora Lee Hester of Rushville; and several nieces and nephews. He was preceded in death by his parents; and brother, William L. Hester. Kenny was a 1978 graduate of Morristown High School, and he received his bachelor’s degree while serving in the U.S. Navy. He was a U.S. Navy veteran, obtaining the rank of Senior Chief Petty Officer, retiring with 22 years of service. After retiring, he was a liaison between military contractors and the U.S. Navy. Kenny was a member of American Legion Post No. 102 in Morristown. He enjoyed hunting deer and coyote, golfing and bowling. Kenny was very tech savvy. A gathering of friends will be from 10 a.m. to noon Friday, September 27, 2019 at Freeman Family Funeral Homes and Crematory, Frazier Chapel, 124 E. North St. in Morristown. Funeral services will be at noon on Friday at the funeral home, with military rites conducted. Memorial contributions may be made to the Wounded Warrior Project, PO Box 758517, Topeka, Kansas 66675. Online condolences may be shared with Kenny’s family at www.freemanfamilyfuneralhomes.com.
To order memorial trees or send flowers to the family in memory of Kenneth Eugene Hester, please visit our flower store.