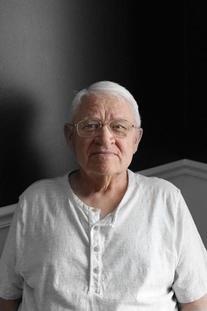 Kenneth Wayne Fitzgerald, 77, of Shelbyville passed away Wednesday, February 26, 2020 at Greenfield Health Care Center in Greenfield. He was born October 25, 1942, in North Vernon, the son of Alvin Fitzgerald and Delores (McKinney) Davis. On December 4, 1966, he married the love of his life, Linda Flora, and she survives. In addition to Linda, Kenny is survived by daughters, Andrea Shauck and husband, Paul, of Waldron, Rhonda Barnett and husband, Ty, of New Palestine, and Lucinda “Cindy” Allen and husband, Larry, of Shelbyville; sister, Beverly Sexton of New Port News, Virginia; grandchildren, Amanda Robbins and husband, Jay, Robert Tucker and husband, Jeremy, Macy Barnett, Josh Crafton, Jeremy Crafton, Cassidy Shauck, Olivia Shauck and Connor John Shauck; and great-grandchildren, Dallas, Joel, Tyler, Jillian, Colton and Steven. He was preceded in death by his parents; son, Kenny Wayne Fitzgerald; brother, Charles Alvin Fitzgerald; and grandson, Curtis Tod Tucker. Kenny was a 1961 graduate of Shelbyville High School. He was a veteran of the U.S. Air Force, serving from 1961 to 1965. Kenny was a member of First Christian Church and American Legion Post No. 70. He retired as a machine operator at Wellman/Ryobi in 2007. Kenny was one of the kindest men anyone could ever meet, and showed great love and affection to everyone, especially his family. While his daughters were growing up you could always find him supporting whatever activities they were involved in, especially on the softball diamonds. He continued to show his love and support to his grandchildren and great-grandchildren in the same way—always cheering them on from the sidelines, even when his eyesight began to fail him, he would often ask what position they were playing so that he could look in their direction and cheer them on. He wanted to make sure that they knew “Papaw Kenny” was there for them. Visitation will be from 5 to 7 p.m. Monday, March 2, 2020 at Freeman Family Funeral Homes and Crematory, Carmony-Ewing Chapel, 819 S. Harrison St. in Shelbyville. Funeral services will be at 7 p.m. Monday at the funeral home, with Rev. Beth Crouch officiating. Memorial contributions may be made to Down Syndrome Indiana, in honor of his great-grandson, Tyler Davis Robbins, 708 E. Michigan Street, Indianapolis, IN 46202 or the American Legion Post No. 70, 1125 Miller Avenue, Shelbyville, Indiana 46176. Online condolences may be shared with Kenny’s family at www.freemanfamilyfuneralhomes.com.
To order memorial trees or send flowers to the family in memory of Kenneth Wayne Fitzgerald, please visit our flower store.