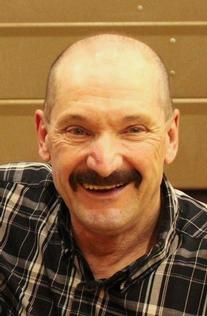 Kevin Clyde McMichael, 65, of Morristown passed away Wednesday, June 9, 2021, at his home. He was born March 1,1956, in Shelby County, the son of William Ross and Ruby A. (Purcell) McMichael. On August 24, 1974, he married his wife of 46 years, Teena Sue Shepherdson, and she survives. In addition to Teena, Kevin is survived by his daughters, April Dawn Theobald and husband, Jason, and Angie Dee Theobald and husband, Michael, both of Shelbyville; son, Christopher Shane McMichael and wife, Chelsea, of Fairland; brothers, Ronnie McMichael and wife, Lora, of Morristown, and Steve McMichael and wife, Margaret, of Greenfield; grandchildren, Logan and fiancé, Kailey, Emma Grace, Chase, Katie, Chloe, Hayden, Wesley, Ruby and Magnolia; mother-in-law, Shirley Shepherdson of Morristown; brother-in-law, Tim Shepherdson and wife, Debbie; sister-in-law, Terri McColley; and several nieces, nephews and cousins. He was preceded in death by his parents; father-in-law, Bob Shepherdson; brothers-in-law, Tony Shepherdson and Jay McColley. Kevin graduated in 1974 from Morristown High School. He was a member of Fountaintown Community Church. Kevin was a farmer, he was also a transport deliveryman, driving for Trans-Service (Kroger) for over 15 years and Perlman-Rocque for 13 years. He also drove a school bus for Shelby Eastern-Morristown for six years. He served on the Morristown Volunteer Fire Department for many years. Kevin enjoyed going to his grandchildren’s events. He also enjoyed talk radio, where he kept up on current events, watching and talking about trains, tinkering and fast cars and trucks. He also liked to watch the Indianapolis Colts and the Indiana Pacers. Kevin also leaves behind his cats, Fluffy, Sammy and the rest of the gang. Visitation will be from 4 to 8 p.m. Monday, June 14, 2021, at Freeman Family Funeral Homes and Crematory, Frazier Chapel, 124 E. North St. in Morristown. Funeral services will be at 10 a.m. Tuesday, June 15, 2021, at the funeral home, with Pastor Mike Smith officiating. Interment will be at Hanover Cemetery in Shelby County. Memorial contributions may be made to the Morristown Volunteer Fire Department, 418 W. Main St., Morristown, Indiana 46161 or Morristown FFA, 223 S. Patterson St., Morristown, Indiana 46161. Online condolences may be shared with Kevin’s family at www.freemanfamilyfuneralhomes.com.
To order memorial trees or send flowers to the family in memory of Kevin Clyde McMichael, please visit our flower store.