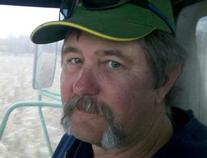 Kim R. Clark, 64, of Morristown passed away Friday, March 27, 2020 at Hancock Regional Hospital in Greenfield. He was born March 12, 1956, in Greenfield, the son of Robert G. “Bob” and Phyllis “Jean” (Myer) Clark. On June 17, 1975, he married his wife of 44 years, Margie Goode, and she survives. In addition to Margie, Kim is survived by his son, Bob Clark and wife, Jessica, of Morristown; daughter-in-law, Erica Clark of New Palestine; sister, Beth Keffaber and husband, Rick, of Greenfield; grandchildren, Gage Clark and Adelyn Clark; uncle, Bob Wortman of Morristown; cousin, Lisa Bridges and husband, Steve, of Morristown; and nieces, Angie Keffaber of Greenfield, and Stefanie Hardy and husband, Jesse, of Fortville. Kim was preceded in death by his parents; son, Jeffery L. Clark; sister, Elaine Ann Clark; maternal grandparents, Fred and Frances Myer; paternal grandparents, Harry and Hamah Clark; aunt, Sue Ann (Myer) Wortman; and cousin, Jay Wortman. He graduated in 1974 from Morristown High School. Kim was a member of the Fountaintown United Methodist Church, where he was a past trustee president. He was a lifelong farmer, carrying on the family heritage of harvesting the crops. Kim also served as a Reserve Deputy for the Shelby County Sheriff’s Department for 20 years. Kim enjoyed history, going fishing and tractor pulls. He loved his family and the time spent with his grandchildren. Kim leaves behind his companion dog, Maddie, as well as, Dolly the mule and horses, Thunder and Lightning. Due to the current health regulations private services will be observed. The service will be live streamed at https://www.facebook.com/kimclarkmemorial/ at 2:30 pm, Wednesday, April 1, 2020. A Celebration of Kim’s life will be held at a later date. Just know—Kim loved his community and many friends who have been by his side. Services have been entrusted to Freeman Family Funeral Homes and Crematory, 124 E. North Street, in Morristown. In lieu of flowers, memorial contributions may be made to the Edward Jones Educational Fund for Gage and Adelyn Clark by mailing the contribution to Freeman Family Funeral Homes, PO Box 265, Morristown, Indiana 46161. Online condolences may be shared with Kim’s family at www.freemanfamilyfuneralhomes.com.
To order memorial trees or send flowers to the family in memory of Kim R. Clark, please visit our flower store.