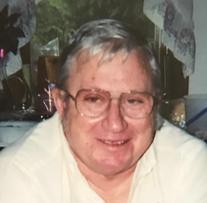 Laurence M. “Buster” Blackburn, 75, of Shelbyville, passed away Monday, March 20, 2017 at MHP Medical Center in Shelbyville. He was born October 8, 1941, in Greenfield, the son of James S. and Alice Florence (McNeilan) Blackburn. On March 28, 1964, he married his wife of 52 years, Judith “Judy” Hutchison, and she survives. Laurence is also survived by his sons, Eric William Blackburn and Stanley Kyle Blackburn, both of Greenwood, and Stephen Thomas Blackburn of Shelbyville; brothers, James William Blackburn and wife, Elizabeth “Betty”, of Port Charlotte, Florida, Art Thomas Blackburn of Alexandria, Virginia, and Stephen Russell Blackburn of Springfield, Virginia; sister, Peggy Blackburn Thomas and husband, Marlin, of Flat Rock; grandchildren, Emily Ruth Blackburn, Samuel Mack Blackburn, Charles William Blackburn, Abigail Estella Blackburn and Titus Declan Blackburn; and numerous loving nieces and nephews. He was preceded in death by his parents; and a sister, Patricia Blackburn Schoentrup. Laurence graduated from Triton Central High School in 1959. He was a farmer. He retired from Boggstown Locker in 1998, where he was a meat cutter and butcher, with 48 years of service. Laurence was an outdoorsman enjoying his work on the farm, camping, hunting and fishing. He loved his grandchildren and the time he spent with them. Visitation will be from 10:30 a.m. to 12:30 p.m. Saturday, March 25, 2017 at Freeman Family Funeral Homes and Crematory, Carmony-Ewing Chapel, 819 S. Harrison St. in Shelbyville. Graveside services will be at 1 p.m. Saturday, March 25, 2017 at Boggstown Cemetery in Boggstown.
To order memorial trees or send flowers to the family in memory of Laurence M. "Buster" Blackburn, please visit our flower store.