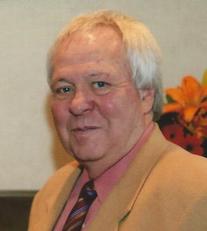 Lonnie Maurcee Small, 75, of Morristown, passed away Saturday, November 6, 2021, at IU Health Methodist Hospital in Indianapolis. He was born April 27, 1946, in Shelbyville, the son of Jack T. and Maverne (Smith) Small. On August 2, 1969, he married Joyce Unger, and she survives. In addition to Joyce, Lonnie is survived by his brother, Aaron Small and wife, Jan, of Canton, Georgia; nephew, Bart Small and wife, Nicole, of Atlanta, Georgia; great-nephew, Ford Small; and great-niece, Finley Small. He was also survived by his devoted furry friend, Izzy. He was preceded in death by his parents. Lonnie graduated in 1964 from Shelbyville High School. He attended Indiana University from 1965 to 1966, and Purdue School of Veterinary Science from 1971 to 1972. He was a U.S. Navy veteran, serving during the Vietnam Era, as a medic. Lonnie was a member of the Morristown American Legion Post No. 102. In his youth, he attended the First Baptist Church in Shelbyville, with his grandmother. He had been a professional dog handler since 1969 and was a member of the Hoosier Kennel Club since 2008. Lonnie was also a member of Morristown Masonic Lodge No. 192 (now Sugar Creek Lodge No. 279) F&AM since 1978; and the National Sojourners Indiana Masonic Home, where he served as a past president. He had served as a past patron for Morristown Order of the Eastern Star No. 316; Ransford Indiana Masonic Home No. 605, and Franklin Order of the Eastern Star No. 439. His other memberships included Fairland Order of the Eastern Star No. 359; and Daylight Court No. 31 Order of the Amaranth. A gathering of friends will be from 2 to 4 p.m. Sunday, November 14, 2021, at Freeman Family Funeral Homes and Crematory, Frazier Chapel, 124 E. North St. in Morristown. The Celebration of Lonnie’s life will be at 4 p.m. Sunday at the funeral home, with Brother Cleon Wright officiating. Inurnment will be at Asbury Cemetery in Morristown at a later date. Memorial contributions may be made to the Indiana Masonic Home Foundation, Inc., PO Box 44210, Indianapolis, Indiana 46244-0210. Online condolences may be shared with Lonnie’s family at www.freemanfamilyfuneralhomes.com.
To order memorial trees or send flowers to the family in memory of Lonnie Maurcee Small, please visit our flower store.