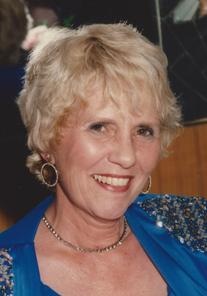 Margaret M. “Peg” Hoefener, 93, of Shelbyville passed away Friday, September 25, 2020, at her home. She was born October 27, 1926, in Kansas City, Missouri, the daughter of James and Margaret (Steplen) Phillips. On July 29, 1950, she married Walter Hoefener, and he preceded her in death on April 24, 2000. Peg is survived by her son, Judson Hoefener of Shelbyville; three grandchildren; and one great-granchild. In addition to Walter, Peg was preceded in death by her parents; daughter, Lisa Hoefener; sons, Brady Hoefener, Kirk Hoefener and Clay Hoefener. Peg graduated from high school in Harrisonville, Missouri and college at the University of Missouri in Columbia, Missouri. She formerly worked as a legal consultant at American Legal Publishing in Cincinnati, Ohio. Peg also served one term as the Shelby County Clerk. Peg was a member of St. Vincent de Paul Catholic Church. She enjoyed golfing, traveling and playing bridge. Peg was a wonderful cook and won a grand champion cooking award. She loved animals. A private memorial service will be held at Freeman Family Funeral Homes and Crematory, 819 S. Harrison St. in Shelbyville. Memorial contributions may be made to the Shelbyville-Shelby County Animal Shelter, 705 Hale Road, Shelbyville, Indiana 46176. Online condolences may be shared with Peg’s family at www.freemanfamilyfuneralhomes.com.
To order memorial trees or send flowers to the family in memory of Margaret M. "Peg" Hoefener, please visit our flower store.