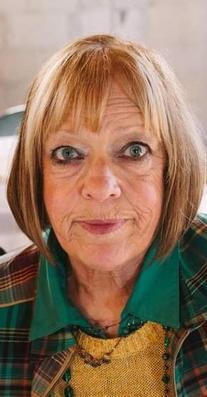 Marianne Marie Munger, 67, of Shelbyville passed away Sunday, January 31, 2021 at MHP Medical Center in Shelbyville. She was born September 30, 1953, in Flint, Michigan, the daughter of William and Virginia (Johnson) Johnson. On April 23, 1977, she married her husband of 43 years, William “Bill” Munger, and he survives. In addition to Bill, Marianne is survived by her children, William Raymond Munger Jr. and wife, Cara, of Shelbyville, Leeanne Michelle Lollar and husband, Jerry Jr., of Greenwood, and Cory Michael Munger of Greenfield; brothers, William Johnson and wife, Brenda, of Grand Blanc, Michigan, and Robert Michael Johnson of Greenfield; sisters, Diane Martin and husband, Greg, of South Bend and Laura Misenheimer and husband, Bryan, of Stafford Springs, Connecticut; grandchildren, Kay Lynn, Mica, Zoe, Isaac, Ethan, Luke and Samantha; and many nieces and nephews. Marianne was preceded in death by her parents. She graduated in 1972 from Waldron High School. Marianne went to cosmetology school and became a beautician. Marianne was a member of Liberty United Methodist Church. She retired in 2016 from Freudenberg NOK in Morristown, with 25 years of service. Marianne enjoyed gardening and playing computer games. She loved animals. A gathering of friends will be from 5 to 7 p.m. Friday, February 5, 2021 at Freeman Family Funeral Homes and Crematory, Carmony-Ewing Chapel, 819 S. Harrison St. in Shelbyville. A Celebration of Marianne’s life will be at 7 p.m. Friday at the funeral home, with Pastor Ed Mohr officiating. Memorial contributions may be made to Stephen Siller Tunnel to Towers Foundation, 2361 Hylan Boulevard, Staten Island, NY 10306. Online condolences may be shared with Marianne’s family at www.freemanfamilyfuneralhomes.com.
To order memorial trees or send flowers to the family in memory of Marianne Marie Munger, please visit our flower store.