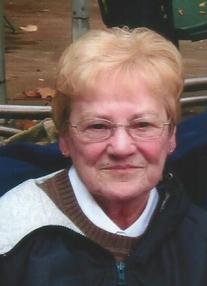 Marilyn J. Lancaster, 83, of Fairland, passed away Friday, January 14, 2022, at Heritage House of Shelbyville. She was born October 28, 1938, in Adams, the daughter of Robert and Vera Ruth (Ropp) Bennett. On November 6, 1960, she married Earl W. Lancaster, and he preceded her in death on July 18, 2012. Marilyn is survived by her sons, Scott Alan Lancaster and wife, Heather, of Shelbyville, and Mark Wayne Lancaster of Fairland; sisters, Charlotte L. Hensley and Carol S. Fowler, both of Shelbyville, and Marsha James and husband, Jack, of Rushville; grandchildren, Jessica Six and husband, Charlie, and Cody Wayman and wife, Jessica; great-grandchildren, Journey Wayman, Charlee Wayman and Gunner Wayman; sister-in-law, Bobbi Bennett of Greenfield; and several nieces and nephews. In addition to Earl, Marilyn was preceded in death by her parents; brothers, Alan Bennett and Jerry Bennett; and brothers-in-law, Steve Fowler and Bill Hensley. Marilyn was a lifelong Shelby County resident. She was a member of Town and Country Christian Church. Marilyn formerly worked at KCL, in 1983 she began working at Freudenburg NOK, retiring in 2002. She enjoyed going to craft shows with her sisters/best friends. Marilyn also enjoyed shopping, which included visiting with others. Marilyn loved to take care of her husband and sons. She was a wonderful cook and her family enjoyed the delicious meals she prepared for them. She also loved animals, especially her beloved dog, Peewee. Visitation will be from 10 a.m. to Noon, Monday, January 17, 2022, at Freeman Family Funeral Homes and Crematory, Carmony-Ewing Chapel, 819 S. Harrison St. in Shelbyville. Funeral services will be at Noon on Monday at the funeral home, with Ian Farnsley officiating. Interment will be at Fairland Cemetery in Fairland. Online condolences may be shared with Marilyn’s family at www.freemanfamilyfuneralhomes.com.
To order memorial trees or send flowers to the family in memory of Marilyn J. Lancaster, please visit our flower store.