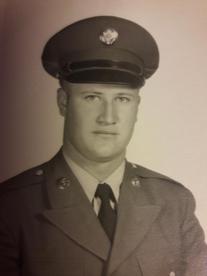 Marion R. Mann, 78, of Flat Rock, passed away Wednesday, February 7, 2018 at Our Hospice of South Central Indiana in Columbus. He was born October 9, 1939, in Shelby County, the son of Clinton and Hazel (Smothers) Mann. On January 21, 1967, he married his wife of 51 years, Theresa “Terry” (Karlock) Mann, and she survives. In addition to Terry, Marion is survived by his daughters, Linda Mahaffey and husband, Terry, of Shelby County, Crystal Stickford and husband, Jeff, of Waldron, and Renee Mahin and husband, Clay, of Lebanon; sisters, Sharon Arbuckle and husband, Robert, of Flat Rock, and Barbara Helfrich of Longmont, Colorado; brother, Paul Mann of Phoenix, Arizona; grandchildren, Bryan James, Christopher James, Alisha James, Jamison Stickford, Heidi Stickford, Josie Mahin and Jenna Mahin; a great-granddaughter, Tatum Nicole James; and nieces and nephews. Marion was preceded in death by his parents; and brother, George Mann. He was a veteran of the U.S. Army, serving from 1962 to 1964. During his time in the Army he was deployed to South Korea in 1962 and served there for approximately 13 months. He was in the Infantry in the 1st Cavalry Division 1st Batallion 8th Cavalry. The unit he was in was a short distance south of the Demilitarized Zone (DMZ). Marion served his country honorably, alongside his brother-in-law, and after two years received an Honorable Discharge from active duty. Marion was a farmer and formerly worked in the tobacco fields. He began his career as a construction worker, working for Meshberger. Marion retired on October 19, 2001 from Milestone, where he worked as an asphalt roller for the last 12 years. He was a member of the Operators and Laborers Union of the Teamsters Union. He loved his family, especially his grandchildren. One of the fondest memories was of the money tree he had in his backyard, he would often attach money to the magnolia tree for his grandchildren to find. Marion could fix anything, he grew beautiful gardens and had a gorgeous lawn. He loved being outdoors and working in his garage. He never met a stranger and he loved animals. Marion also leaves behind his dog, Buddy. Visitation will be from 4 to 8 p.m. Friday, February 9, 2018 at Freeman Family Funeral Homes and Crematory, Carmony-Ewing Chapel, 819 S. Harrison St. in Shelbyville. Funeral services will be at 10 a.m. Saturday, February 10, 2018 at the funeral home. Interment will be at Flat Rock Cemetery in Shelby County, with military graveside rites conducted by the local military committee. Memorial contributions may be made to Our Hospice of South Central Indiana, 2626 17th St., Columbus, Indiana 47201 or the Cancer Association of Shelby County, P.O. Box 844, Shelbyville, Indiana 46176. Online condolences may be shared with Marion’s family at www.freemanfamilyfuneralhomes.com.
To order memorial trees or send flowers to the family in memory of Marion R. Mann, please visit our flower store.