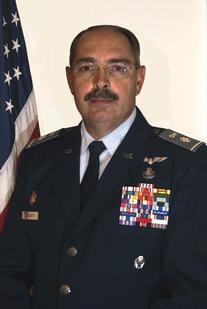 We honor the life of Mark E Ashcraft, 64, who passed into the arms of Jesus on April 11, 2022. Mark was born to Glyndon Ray and Carolyn Sue (Snyder) Ashcraft in Shelbyville, Indiana, they both predeceased him. He was born and raised in Shelby County, graduating from Southwestern High School in 1976. He married Tonya (Upton) Ashcraft in September of 2000, their second chance to love greatly and share a God honoring life and marriage. She survives and will miss him immensely. Mark is also survived by his daughter, Christin Ashcraft; son, Ian Ashcraft, step-daughter, Marissa Goda, two grandsons, Kaden Cooksey and Mason Goda. He is also survived by his sisters, Kathi (Jim) Kiel, Tamara (John) Kuhn, Sheri (Bill) Rothrock and brother, Robin (Anne) Ashcraft. Many more family and friends will miss him. He is predeceased by his parents and two children who joined the Lord before their birth. Mark was a man who loved the Lord, his family and friends. He was a Lieutenant Colonel in Civil Air Patrol (CAP), having served for 50 years. He impacted many lives with his years of dedication to CAP. Mark was a founding member of the Shelbyville Composite Squadron which formed in 1972, receiving many awards including the Silver Medal of Valor, the highest award given in CAP. He held many positions, but was proud of his many Ground Team Leader awards, actual missions and the training he has given cadets and seniors alike. He had many longtime friendships built from his service in CAP. He was a private pilot and amateur radio operator. He loved to travel, having gone to Scotland and England as a CAP cadet and the Netherlands as a chaperone for the CAP IACE program. He visited many other countries as well. Also, he enjoyed spelunking, scuba diving and had hiked the Appalachian Trail in his younger years. He was a longtime patron of Cow Palace having breakfast or afternoon coffee with the guys as they solved the world’s problems! He most recently worked for Lawson Products and enjoyed helping his many customers, who became friends! His family owned Ashcraft Trucking and they were featured in Inc, Magazine in 1983 in which Mark received his Kentucky Colonel title! Visitation will be at 4 to 7 p.m. Friday, April 15, 2022, at Freeman Family Funeral Homes and Crematory, Carmony-Ewing Chapel, 819 S. Harrison St., in Shelbyville. Civil Air Patrol Services will be conducted by Chaplains Fred Madren, John Murdoch and TJ Jenny. Funeral services will be held at 10 a.m. Saturday, April 16, 2022, at the funeral home. Burial will be at Forest Hill Cemetery. Memorial contributions may be made to Shelbyville Composite Squadron of Civil Air Patrol or to the Cancer Association of Shelby County, PO Box 844, Shelbyville, Indiana 46176. Online condolences may be shared with Mark’s family at www.freemanfamilyfuneralhomes.com.
To order memorial trees or send flowers to the family in memory of Mark E. Ashcraft, please visit our flower store.