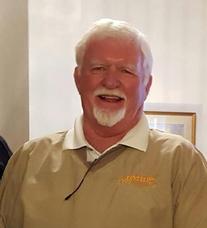 Max D. Branson, 81, Shelbyville, died peacefully at his home in the early morning hours of December 2, 2019. Max was born August 1, 1938, in Rush County to the late Carlos L. and Jean (Purcell) Branson. He attended grade school at the one-room school house in Moscow, Indiana, and he remained proud of this upbringing. He graduated from Waldron High School in 1956 where he excelled in basketball and track. Max retired from the Shelbyville Fire Department in 1988, after 20 years of dedicated service. He later retired from O’Neal Steel (formerly Shelby Steel) after 30 years of employment. He also enjoyed a retirement job at Mathies Landscaping for a number of years. Max was known for his steadfast work ethic and dependability. He was a longtime member of the Blue Ridge Christian Union Church and a former church trustee. Max never knew a stranger and enjoyed years of friendships through his memberships in the Knights of Columbus and the American Legion Victory Post 70. He enjoyed fishing, golf, and was an avid sports fan – especially IU basketball and the Indianapolis Colts. One of his favorite pastimes in retirement was “taking a drive” through the countryside of Rush or Shelby County. Max was fiercely loyal to his family, and his pride in his five children was unsurpassed. He will be fondly remembered by a loving family and many friends. In addition to his parents, he was preceded in death by his wife of 29 years, Martha Ann Branson. Survivors include his children, Julie A. (John) Barger of Indianapolis, Mark D. (Pam) Branson of New Palestine, Douglas J. (Caren) Branson of Lizton, Jeffrey T. (Sherry Hickman) of Shelbyville, and Christopher J. (Mary Beth) of Mooresville; sister, Shirley (the late Jim) Lambert of Deltona, FL; brother, William (Joyce) Branson of Nashville; 11 grandchildren; several great grandchildren. The Branson children offer sincere thanks and appreciation to the many friends who have provided support during Dad’s illness. Additionally, a debt of gratitude is due to the nursing staff, especially Mary Beth, at Our Hospice of South Central Indiana for the incredible care he received. Visitation will be Thursday, December 5, 2019, 4 to 8 p.m., in the Freeman Family Funeral Homes and Crematory, Carmony-Ewing Chapel, 819 S. Harrison Street, Shelbyville. The funeral service will begin at 11 a.m., Friday, December 6, 2019, at the funeral home, with Pastors Brandon Sutton and Dennis Hirschauer officiating. Interment will follow at Forest Hill Cemetery. Memorial contributions may be made to Our Hospice of South Central Indiana, 2626 E. 17th Street Columbus, IN 47201-5417. Funeral arrangements are being handled by Carlisle – Branson Funeral Service & Crematory, Mooresville. Visit www.CarlisleBranson.com to share a favorite memory or to sign the online guest registry.
To order memorial trees or send flowers to the family in memory of Max D. Branson, please visit our flower store.