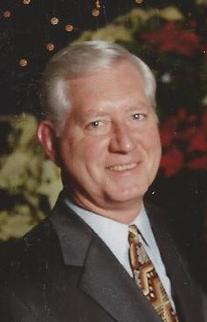 Michael Lee Wildman, 71, of Shelbyville passed away Thursday, September 27, 2018 at his residence. He was born January 30, 1947, the son of Omer and Eleanor (Burch) Wildman. On December 1, 1968, he married Elizabeth “Gail” Page, and she survives. In addition to Gail, Michael is survived by his mother of Franklin; daughters, Alyssia Page Wildman and Deirdre Mychelle Wildman, both of Denver, Colorado; brother, Ronald D. Wildman and wife, Nanci, of Franklin; sister, Mary Spears and husband, Tom, of Martinsville; grandsons, Aidan Cooke and Bear Yeatman; uncle, Gil Abplanalp of Franklin; and several nieces and nephews. He was preceded in death by his father. Michael graduated from Franklin High School in 1965, and received his bachelors degree in Business Administration from Indiana University in 1972. He was a U.S. Navy veteran, serving during the Vietnam War. Michael was a member of the First Christian Church, he was also a member of the Benevolent and Protective Order of the Elks. He retired from Knauf Insulation in 2008, as a sales and marketing manager, with over 30 years of service. Michael enjoyed golfing, fishing and playing with his grandsons. Visitation will be from 5 to 8 p.m. Tuesday, October 2, 2018 at Freeman Family Funeral Homes and Crematory, Carmony-Ewing Chapel, 819 S. Harrison St. in Shelbyville. Funeral services will be at 10 a.m. Wednesday, October 3, 2018 at the funeral home, with Rev. Bill Horner officiating. Interment will be at Forest Hill Cemetery in Shelbyville. Memorial contributions may be made to the Blue River Community Foundation, 54 W. Broadway St., Suite 1, Shelbyville, Indiana 46176. Online condolences may be shared with Michael’s family at www.freemanfamilyfuneralhomes.com.
To order memorial trees or send flowers to the family in memory of Michael Lee Wildman, please visit our flower store.