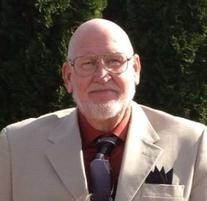 Michael Owen “Mike” Settles, 75, of Fairland passed away Friday, July 14, 2017, at Franciscan St. Francis Health in Indianapolis. He was born June 29, 1942, in Indianapolis, the son of William Owen and Marian (Fisher) Settles. On August 30, 1963, he married his wife of 53 years, Carol Hill, and she survives. Mike is also survived by his son, Michael Anthony Settles of Fairland; daughter, Raquel Michelle Hartwig and husband, Allen, of New Palestine; brothers, William Patrick Settles and wife, Glenda, and William Owen Settles II, both of Shelbyville; sisters, Mary Jo Yeley and husband, Steven, of Indianapolis, and Betty Jean Kincade and husband, Denny, of Shelbyville; grandsons, Joshua Todd Settles and Devin Todd Gentry; and several nieces and nephews. He was preceded in death by his parents; son, Michael Todd Settles (1970-1992); and brother, Steven Thomas Settles. Mike graduated from Triton Central High School in 1960, and from Ivy Tech College as a certified welder. He was a member of St. Mark’s Lutheran Church, where he was an usher. Mike was a welder for Beaty Construction for 27 years, retiring in 2009. He was a volunteer firefighter for 14 ½ years for the Fairland Volunteer Fire Department. Mike loved animals and was very compassionate about them. He enjoyed watching the deer, squirrels and other animals in the yard. Mike also leaves behind his dachshund, Sammy. He was skilled in metal and woodworking and he was a collector of antiques and coins. He enjoyed going fishing, but also enjoyed going shopping and dressing up. Mike loved to reminiscence. Visitation will be from 4 to 8 p.m. Wednesday, July 19, 2017 at Freeman Family Funeral Homes and Crematory, Carmony-Ewing Chapel, 819 S. Harrison St. in Shelbyville and from 9:30 to 10 a.m. Thursday, July 20, 2017 at St. Mark’s Lutheran Church, 1560 N. Michigan Road in Shelbyville. Funeral services will be at 10 a.m. Thursday at the church, with Rev. Jerrell Simmerman officiating. Interment will be at Fairland Cemetery in Fairland. Memorial contributions may be made to the American Heart Association, 6100 W. 96th St., Suite 200, Indianapolis, Indiana 46278, Cancer Association of Shelby County, PO Box 844, Shelbyville, Indiana 46176 or Shelbyville-Shelby County Animal Shelter, 705 Hale Road, Shelbyville, Indiana 46176. Online condolences may be shared with Mike’s family at www.freemanfamilyfuneralhomes.com.
To order memorial trees or send flowers to the family in memory of Michael Owen "Mike" Settles, please visit our flower store.