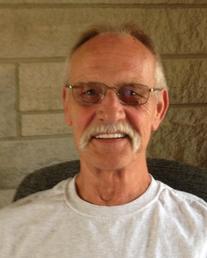 Michael Vernon Chambers, 66, of Shelbyville, passed away Thursday, December 15, 2016 at his residence. He was born October 13, 1950, in Indianapolis, the son of Cecil Vernon and Edith Mae (Bernhardt) Chambers. Michael is survived by his life partner of 27 years, Darlene Johnson; son, Michael Chambers of Florida; daughter, Jennifer Oxendine of Indianapolis; sisters, Susan Barker and husband, Larry, and Becky Chambers; twin sisters, Sharon Miller and husband, David, and Karen Carver and husband, Bob, both of Indianapolis; brother, Steve Chambers of Illinois; grandsons, Zach and Alex; uncle, Harold Chambers of Indianapolis; Jessica’s mother, Marsha Eller; Michael and Jennifer’s mother, Christie West; and many nieces and nephews. He was preceded in death by his parents; and daughter, Jessica J. Chambers. Michael was a veteran of the U.S. Marine Corp, serving in Vietnam. He owned and operated Chamber’s Plumbing, from 1989 to 2015. Michael loved animals, especially dogs. He enjoyed riding motorcycles. Michael also leaves behind his dogs, Max and Minnie. A gathering of friends will be held from 1:30 to 2 p.m., Saturday, April 29, 2017 at Freeman Family Funeral Homes and Crematory, Carmony-Ewing Chapel, 819 S. Harrison St. in Shelbyville. A celebration of Michael’s life will be held at 2 p.m. Saturday at the funeral home. Memorial contributions may be made to the Cancer Association of Shelby County, PO Box 844, Shelbyville, Indiana 46176.
To order memorial trees or send flowers to the family in memory of Michael Vernon Chambers, please visit our flower store.