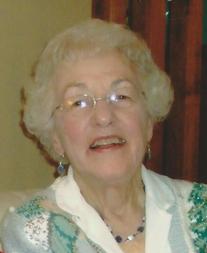 Miriam Rubidge Willey, 87, of Shelbyville, passed away Friday, December 8, 2017 at her home. She was born August 7, 1930, in Montclair, New Jersey, the daughter of the late Charles R. and Mary Grace (Butts) Rubidge. On April 2, 1954, she married Norman R. Willey, and he preceded her in death on March 10, 1999. Miriam is survived by her daughter, Carol Showers and husband, J.R., of Shelbyville; sister, Nesta Spink and husband, Walter, of Ann Arbor, Michigan; grandchildren, Brendon Neal and husband, Daniel, and Martha Showers Bowen and husband, Timothy, all of Indianapolis; great-grandchildren, Eli Neal, Oliver Neal and Ella Neal; nephews, David Spink and Phillip Spink; niece, Anne Spink Spena; and great-nephew, Jordan Spena. She graduated from Montclair, New Jersey High School in 1948. Miriam completed her under graduate at Hanover College and received her Registered Nursing degree from Columbia University Nursing School in New York in 1954. She earned her master’s degree in Health Education and Administration from Indiana University School of Nursing in 1983. Miriam was a member of the First Presbyterian Church, where she served as a Sunday school teacher and deacon. She was Director of Nursing at Major Hospital, from 1977 to 1985. She was also Director of Nursing at the Masonic Home in Franklin for five years, and then worked at the Methodist Home in Franklin for six years. When her husband, Norman, died in 1999, Miriam joined Dr. Jesus Aguilar in starting the first Free Clinic in Shelbyville. First housed at the Salvation Army then at the Town Hall building, the all-volunteer staff treated Shelby County residents who had no medical insurance. She continued to volunteer as the Free Clinic became the Shelby Community Health Center and moved to the East State Road 44 location that is Jane Pauley Community Health Center today. Miriam was also a member of the Diligent Diggers Garden Club and was a registered flower show judge. She enjoyed gardening, flower arranging, reading, traveling, cooking, and spending time with her loving family. Visitation will be from 5 to 7 p.m. Tuesday, December 12, 2017 at Freeman Family Funeral Homes and Crematory, Carmony-Ewing Chapel, 819 S. Harrison St. in Shelbyville. Funeral services will be at 11 a.m. Wednesday, December 13, 2017 at the funeral home, with Pastor Mark Morningstar officiating. Interment will be at Forest Hill Cemetery in Shelbyville. Memorial contributions may be made to the Free Clinic Fund, or Norman Willey Beautification Fund or the Nursing/Educational Scholarship Fund for the University of Indianapolis, in care of the Blue River Community Foundation, 54 W. Broadway St., Suite 1, Shelbyville, Indiana 46176. Online condolences may be shared with Miriam’s family at www.freemanfamilyfuneralhomes.com.
To order memorial trees or send flowers to the family in memory of Miriam Rubidge Willey, please visit our flower store.