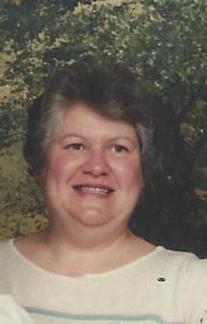 Nancy Lee Muench, 71, of Manilla, passed away Wednesday, June 14, 2017, at MHP Medical Center in Shelbyville. She was born June 13, 1946, in Indianapolis, the daughter of Joseph Jefferson and Helen L. (Gahimer) Rice. On June 16, 1974, she married Charles Wayne Muench, and he preceded her in death on March 29, 2008. Nancy is survived by her daughter, Cheryl Muench and fiance’, Mark Stakelbeck, of Manilla; beloved grandson, Aedan Muench; step-daughters, Tina Monaghan Muench of Spokane, Washington, Bonnie Muench of Fort Collins, Colorado, and Sherry Hudson and husband, David, of Indianapolis; step-sons, Michael Jessie and wife, Laura, of Greenwood, Mark Jessie of Indianapolis, and Terry Jessie of Whiteland; sister, Jane Wells of Fairland; nieces, Roxanne Lemmon and husband, Jeff, of Elkhart, and Jodie Moore of Shelbyville; numerous step-grandchildren and step-great-grandchildren; and several great-nieces and nephews and great-great-nieces and nephews. She was also preceded in death by her parents. Nancy graduated from Triton Central High School in 1964; received her bachelor’s degree from Purdue University, where she attended from 1964 to 1968. She obtained her master’s degree from Ball State University. She was formerly a member of New Life United Methodist Church, where she worked with the youth. Nancy had been attending Shelbyville Community Church, with her family. Nancy formerly taught Home Economics at Triton Central High School. Later, she and her husband were house parents at Bashor Children’s Home in Elkhart, in 1983, she became the food service manager, until retiring in 2007. She was a 4-H member and received the Key Club Award in 1963, recently she had entered items in the Home Extension Open Class. Nancy was a cook at Boy Scout Camp, where she and her future husband both volunteered. She enjoyed gardening, fishing and collecting and publishing recipes. Nancy also enjoyed traveling. Nancy adored her grandson and cherished the time she spent with him. Visitation will be from 2 to 6 p.m. Sunday, June 18, 2017 at Freeman Family Funeral Homes and Crematory, Carmony-Ewing Chapel, 819 S. Harrison St. in Shelbyville. Funeral services will be at 10 a.m. Monday, June 19, 2017 at the funeral home, with Rev. David Lee officiating. Memorial contributions may be made to the Alzheimer’s Association, Greater Indiana Chapter, 50 E. 91st St., Suite 100, Indianapolis, Indiana 46240.
To order memorial trees or send flowers to the family in memory of Nancy Lee Muench, please visit our flower store.