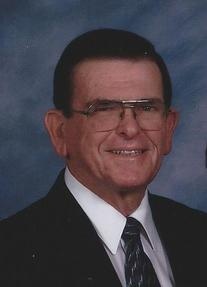 Norman Jackman, 79, of Shelbyville, passed away Tuesday, November 20, 2018 at Homeview Health and Rehab in Franklin. He was born December 11, 1938, in Shelbyville, the son of Lloyd and Faye (Main) Jackman. On October 6, 1968, he married his wife of 50 years, Rosalyn Kay Braden, and she survives. In addition to Kay, Norman is survived by his daughters, Melissa Parramore and husband, Rob, of Franklin, Lori Drake and Alisha Grant and husband, Todd, both of Shelbyville; sister, Phyllis Miracle and husband, Jim, of Port Orange, Florida; grandchildren, Ally Parramore, Olivia Parramore, Loggan Drake, Drew Drake, Jenna Drake, Landon Drake, Lauren Grant and Lucas Grant; two nieces; and several great-nieces and great-nephews. He was preceded in death by his parents; and aunt and uncle, Loren and Dortha Jackman. Norman graduated from Shelbyville High School in 1957, where he was an all-conference baseball player. He attended Franklin College, where he played baseball for one year, and was a member of SAE Fraternity. He joined the U.S. Marine Corp in the late 1950s. Norman was a member of Lewis Creek Baptist Church. He worked at Fort Wayne Bowling Supply, Quality Print, and retired from Williams Industries, with 40 years of service. Norm umpired a lot of little league baseball games in his younger years. He also played on a men’s softball league for a few years. Norman was the state singles champion in bowling in 1968-1969 and the ABC league champion in 1981-1982. He loved reading and was dedicated to exercising. Norman enjoyed watching race horses and attending the Kentucky Derby. He also enjoyed playing the lottery. Norman was a people person and enjoyed conversing with everyone. He was very proud of his three daughters and eight grandchildren. He loved to brag about his grandchildren’s accomplishments and enjoyed attending their activities. Norman was a very caring and loving husband, father and grandfather. He will be missed by everyone. He traveled to 48 states and enjoyed every minute of it. Visitation will be from 2 to 6 p.m. Sunday, November 25, 2018 at Freeman Family Funeral Homes and Crematory, Carmony-Ewing Chapel, 819 S. Harrison St. in Shelbyville. Funeral services will be at 10 a.m. Monday, November 26, 2018 at the funeral home. Interment will be at Forest Hill Cemetery in Shelbyville. Memorial contributions may be made to the Lewis Creek Baptist Church Building Fund, 1400 E 600 S. Waldron, Indiana 46182. Online condolences may be shared with Norman’s family at www.freemanfamilyfuneralhomes.com.
To order memorial trees or send flowers to the family in memory of Norman Jackman, please visit our flower store.