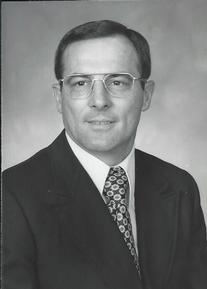 Paul Allan Cole, 81, of Shelbyville, passed away Friday, October 20, 2017 at Cypress Run Rehab in Morristown, Indiana. He was born August 7, 1936, in Middletown, Ohio, the son of Rudell and Kennett (Brengleman) Cole. On December 18, 1954, he married his wife of 62 years, Margaret Ann (Jackson) Cole, and she survives. In addition to Margaret Ann, Paul is survived by his children, Paula Diane Slifer and husband, Rick, of Olathe, Kansas, Mark Allan Jackson Cole and wife, Donna Sue, of Paulding, Ohio, Catherine Mary Collins and husband, Bill, and Matthew Rudell Cole and wife, Michelle, all of Shelbyville; sister, Mary Ann Smith of Middletown, Ohio; grandchildren, Sarah and James Clark, Seth Cole Slifer, Austin Ryan and Amber Collins, Andrew Wayne and Julia Collins, Erica Evaleen and Cody Montgomery, Emily Ann and Karla Cole; great-grandchildren, Henry James Clark, Charlie Walter Clark, Charlotte Monroe Collins, Benjamin Atticus Collins, Cooper William Collins, Grace Montgomery, Beckett Montgomery, Gabi Cole and Ethan Cole. He was preceded in death by his parents; and brother, William Albert Cole. Paul was baptized at First United Methodist Church on March 25, 1973, and attended Mount Pisgah Baptist Church. He participated in the Emmaus Walk. He enlisted in the US Army in 1953 and spent six years as a paratrooper and 19 years as a pilot, and was a Master Army Aviator and a Master Parachutist. He was selected as Non-Commissioned Officer of the Year in 1959 when he was an Infantry Rifle Platoon Sergeant with the 506th Airborne Infantry, 101st Airborne Division at Fort Campbell, Kentucky. He was commissioned a Second Lieutenant of Infantry at Fort Benning, Georgia, in June of 1962 and was a Distinguished Graduate of his Officer Candidate Class. He graduated from the US Army Flight Program at Fort Rucker, Alabama in May of 1963. He served two combat tours of duty in Vietnam flying helicopters and has 1, 088 combat flying hours. On his first Vietnam tour (1966-67 in Pleiku, South Vietnam), as a young Captain, he was the pilot for Major General John Norton, Commanding General, 11th Avn. Co. 1st Air Cavalry Division Airmobile, First Horse 6 – Papa. On his second Vietnam tour (1970-71 in Da Nang, South Vietnam) as a Major he was the Commanding Officer, B (Lancers) 158th Assault Helicopter Bn., 101st Airborne Division Airmobile, Lancer 6. He was the first State Aviation Advisor for the Indiana National Guard. Paul retired in 1978. Paul then worked for General Motors as a Skilled Trades Supervisor at the Indianapolis Truck and Bus Plant for 20 years, retiring from GM in 1998. He completed his Bachelor Degree at the University of Nebraska in 1970 and received a Master of Business Administration from the University of Northwest Missouri in 1975. He graduated from the US Army Command and General Staff College at Fort Leavenworth, Kansas in the Class of 1974-75. Paul’s membership in fraternal organizations include the Murat Shrine in Indianapolis, York Rite Commandery in Shelbyville, Scottish Rite in Indianapolis, Lodge No. 759 F & AM in Shelbyville, Lodge No. 28 F & AM in the Messick Masonic Temple in Shelbyville, Lodge No. 946 F & AM in Oak Grove, Kentucky, American Legion Post No. 70 in Shelbyville, 40/8, Order of Eastern Star Naamah Chapter No. 73, and the Benevolent and Protection Order of the Elks No. 457 in Shelbyville. He served as the Grand Commander in the Indiana Grand Commandery. He enjoyed golfing, playing tennis and loved to coach football and baseball in Fort Benning, Georgia. After retirement, he learned to play the piano. Visitation will be from 4 to 8 p.m. Tuesday, October 24, 2017 at Freeman Family Funeral Homes and Crematory, 819 S. Harrison St. in Shelbyville, with Eastern Star and Masonic Ritual beginning at 7:30 p.m. and from 9:30 to 10:30 a.m. Wednesday, October 25, 2017 at Mount Pisgah Baptist Church, 3718 E. Blue Ridge Road, in Shelbyville. Funeral services will be at 10:30 a.m. Wednesday at the church, with Rev. Robb Barlow officiating, with military rites conducted by the local military committee. Memorial contributions may be made to the Shelby Lodge No. 28, 518 S. Harrison St., Shelbyville, Indiana 46176 or Mount Pisgah Baptist Church Children’s Wing, 3718 E. Blue Ridge Road, Shelbyville, Indiana 46176. Online condolences may be shared with Paul’s family at www.freemanfamilyfuneralhomes.com.
To order memorial trees or send flowers to the family in memory of Paul Allan Cole, please visit our flower store.