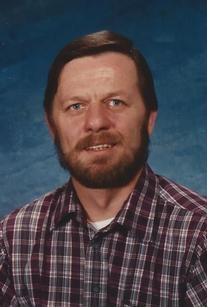 Paul L. Zahnd, 71, of Fairland passed away Saturday, July 13, 2019 at MHP Medical Center in Shelbyville. He was born January 4, 1948, in Marengo, the son of Ernest R. Jr. and Esther (Crandall) Zahnd. He married Bonnie Johnson, in August of 1972, and she preceded him in death on October 30, 2014. Paul is survived by his daughter, Carolyn Singer and husband, Shawn, of Shelbyville; step-sons, Jimmy Spivey of Indianapolis, and Curtis Spivey and wife, Sharon, of Idaho; brothers, Charles Zahnd and Joseph Zahnd and wife, Patsy, all of Fairland; sister, Patricia Proctor and husband, Bill, of Mooresville; grandchildren, Jacob, Jonah, Crystal, Curtis and Kayla; three great-grandchildren; and niece and nephews, Margaret, William and Joey. In addition to Bonnie, Paul was preceded in death by his parents; brother, Stephen Zahnd; and nephews, Eric Zahnd and Ryan Zahnd. Paul graduated in 1965 from Triton Central High School. He was a member of Nativity Catholic Church. Paul was a U.S. Army veteran, serving during the Vietnam War. He formerly worked at RCA, and later retired from the U.S. Postal Service, as a maintenance man at the Wanamaker Post Office. Paul enjoyed reading and writing books, and watching the History Channel. He loved to fish. Visitation will be from 1 to 3 p.m. Wednesday, July 17, 2019 at Freeman Family Funeral Homes and Crematory, Carmony-Ewing Chapel, 819 S. Harrison St. in Shelbyville. Funeral services will be at 3 p.m. Wednesday at the funeral home, with Father Mike Keucher officiating. Interment will be at Orchard Hill Cemetery in Wanamaker, with military graveside rites conducted by the local military committee. Memorial contributions may be made to the American Lung Association, 115 W. Washington St., Suite 1180 South, Indianapolis, Indiana 46204. Online condolences may be shared with Paul’s family at www.freemanfamilyfuneralhomes.com.
To order memorial trees or send flowers to the family in memory of Paul L. Zahnd, please visit our flower store.