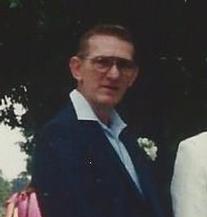 Paul Leroy Merrick Sr., 77, of Shelbyville passed away Tuesday, November 24, 2020 at AMG Specialty Hospital in Greenfield. He was born June 9, 1943, in Shelbyville, the son of Harold and Ruth (Richardson) Merrick. On September 17, 1970, he married his wife of 50 years, Geraline Alvey, and she survives. In addition to Geraline, Paul is survived by his sisters, Dorothy Mentzer, Bonita Dixon and Linda McDaniel, all of Shelbyville, and Susie Bolden of Greenwood; brothers, Richard Merrick of Morristown; and numerous nieces and nephews. He was preceded in death by his parents; and brothers, Samuel Merrick, Larry Merrick, Cliff Merrick, Dale Merrick and Scott Thomas Merrick. Paul was a graduate of Shelbyville High School. He was a U.S. Army veteran, serving in Vietnam. He served his country from 1965 to 1973. Paul retired from Knauf Insulation in 2003, with 27 years of service. He was formerly a member of the American Legion. Paul enjoyed fishing, playing horse shoes and tinkering in his shed. Private family services will be conducted by Freeman Family Funeral Homes and Crematory, 819 S. Harrison St. in Shelbyville. Memorial contributions may be made to the American Legion, 1125 Miller Avenue, Shelbyville, Indiana 46176. Online condolences may be shared with Paul’s family at www.freemanfamilyfuneralhomes.com.
To order memorial trees or send flowers to the family in memory of Paul Leroy Merrick Sr., please visit our flower store.