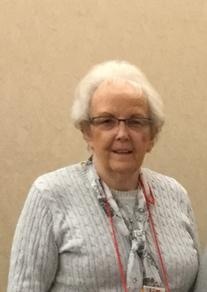 Peggy “Emogene” Plymate, 78, of Shelbyville passed away Monday, March 18, 2019 at Franciscan St. Francis Health in Indianapolis. She was born August 10, 1940, in Shelby County, the daughter of Jay and Nannie Rea (Flynn) Dunagan. On February 17, 1959, she married her beloved husband of 60 years, Walter Frederick “Shorty” Plymate, and he survives. In addition to Shorty, Emogene is survived by her son Kevin Frederick Plymate and wife, Dianne, of Bremerton, Washington; sister, Margaret Boilanger of Shelbyville; brothers, Paul Dunagan of Greensburg; grandchildren, Jake Kittinger, Kasey Girardin and husband, Garrett, all of Bremerton, Washington; and three great-grandchildren, Jared, Ethan and Ryiker. She was preceded in death by her parents; and brothers, Emery, James and Harry Dunagan. Emogene graduated from Fairland High School in 1958. She formerly worked at Naval Air Warfare Center and Western Electric. Emogene was a member of the Naamah Chapter of the Order of Eastern Star and the Telephone Pioneers. She was very active in the Shelby County Fair Association. Emogene served as the treasurer for numerous years, helped with the Shelby County Fair Queen Contest, the Little Mr. and Miss Contest and the baby contest. She enjoyed the fair and all of the activities and hard work it required to make it a success. Emogene was also a leader in the Indiana Association of Fairs, helping make the annual convention a success by being the Chair of the Registration Committee since 1997. She also was the Youth Talent Coordinator for the Indiana State Fair for numerous years. Emogene attended the IAFE Convention for Fairs and Expositions for over 20 years. She was an Academy of Fair Festival Leadership Recipient. Visitation will be from 2 to 6 p.m. Sunday, March 24, 2019 at Freeman Family Funeral Homes and Crematory, Carmony-Ewing Chapel, 819 S. Harrison St. in Shelbyville. Funeral services will be at 10 a.m. Monday, March 25, 2019 at the funeral home. Interment will be at Forest Hill Cemetery in Shelbyville. Memorial contributions may be made to the Shelby County Fair Association, P.O. Box 977, Shelbyville, Indiana 46176 or Cancer Association of Shelby County, P.O. Box 844, Shelbyville, Indiana 46176. Online condolences may be shared with Emogene’s family at www.freemanfamilyfuneralhomes.com.
To order memorial trees or send flowers to the family in memory of Peggy "Emogene" Plymate, please visit our flower store.