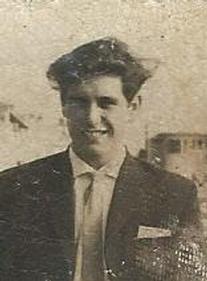 Peter Sidney Hooper, 79, of Shelbyville passed away Thursday, February 21, 2019 at his residence. He was born February 15, 1940, in London, England, the son of Edward and Flora (Lovell) Hooper. On September 24, 1961, he married his wife of 57 years, Marion Peek, and she survives. In addition to Marion, Peter is survived by his son, Richard Hooper of Shelbyville; daughter, Louise Hooper of Chicago, Illinois; sister, Audrey Thomson and husband, Alec, of Northampton, England; brother, Arthur Hooper and wife, Elaine, of Northampton, England; grandchildren, Hayley Hooper, Melanie Hooper and Cameo Polk; and several nieces and nephews. He was preceded in death by his parents. Peter graduated in 1956 from Bishop Holt High School. He was a welder for Carl Mohr Construction from 1981, until retiring in 2015. Peter enjoyed woodworking. Private family services will be observed. Services have been entrusted to Freeman Family Funeral Homes and Crematory, 819 S. Harrison St. in Shelbyville. Online condolences may be shared with Peter’s family at www.freemanfamilyfuneralhomes.com.
To order memorial trees or send flowers to the family in memory of Peter Sidney Hooper, please visit our flower store.