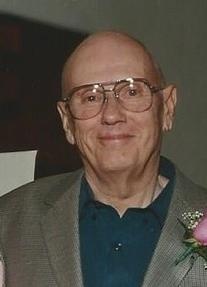 Philip E. Fralich, 88, of Waldron passed away Monday, October 19, 2020, at MHP Medical Center in Shelbyville. He was born September 10, 1932, in Greenfield, the son of Herbert and Cecil (Larrabee) Fralich. On September 9, 1951, he married his wife of 68 years, Dorthy May Helms, and she preceded him in death on July 14, 2020. Philip is survived by his son, Gary Fralich and wife, Marcella, of Waldron; grandchildren, Matt Fralich and wife, Amanda, Sarah Stohry and husband, Sy, Jeff Fralich, Susan Board and husband, Jeff, Marsha Apsley and husband, Kent, and Mike Redelman and wife, Jessica; 12 great-grandchildren; and several nieces and nephews. In addition to Dorthy, Philip was preceded in death by his parents; a son, David Judson Fralich; and brother, Bill Fralich. Philip graduated in 1950 from Greenfield High School. He was a member of the Greenfield Methodist Church. Philip owned and operated Fralich Construction for most of his life. He enjoyed being and working outdoors. Graveside services will be at 10 a.m. Monday, October 26, 2020, at Forest Hill Cemetery in Shelbyville, with Sy Stohry officiating. Services have been entrusted to Freeman Family Funeral Homes and Crematory, 819 S. Harrison St. in Shelbyville. Memorial contributions may be made to the American Heart Association, 6100 W. 96th St., Suite 200, Indianapolis, Indiana 46278. Online condolences may be shared with Philip’s family at www.freemanfamilyfuneralhomes.com.
To order memorial trees or send flowers to the family in memory of Philip E. Fralich, please visit our flower store.