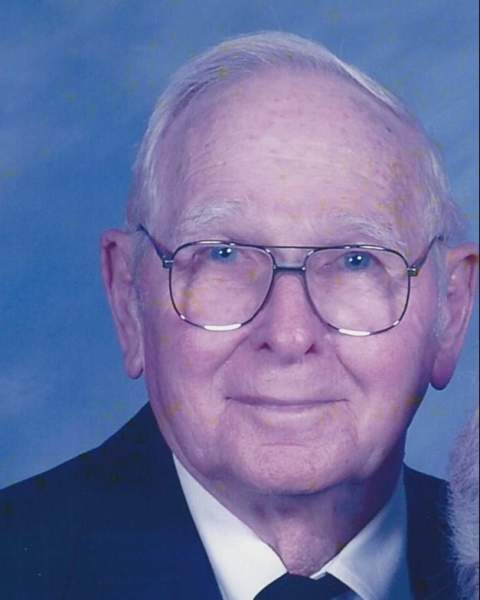 Ralph Edward Fisher, 95, of Fairland, passed away, Friday, August 19, 2022, at Waldron Health and Rehab in Waldron.

In addition to Bertha, Ralph is survived by his daughters, Michaelynn Trimble and husband, Jerry, and Janet Stucker, both of Fairland; sons, Mark Fisher and wife, Beverly, of  Shelbyville, and David Fisher and wife, Michelle, of Indianapolis; 11 grandchildren; 13 great-grandchildren; sisters-in-law, Barbara Fisher of Fountaintown, and Louise Mullen of Fairland; brothers-in-law, Harold Mullen and wife, Madelyn, and Russell Schofner, both of Shelbyville; and numerous nieces and nephews.

He was a veteran of the U.S. Navy.

Ralph was an over the road truck driver for Sims Motor in Chicago, retiring in 1983.

He was a member of the American Legion and the Teamster Union.

Ralph enjoyed going fishing and tinkering with anything that was in need of repair.

Visitation will be from 11 am to noon, Wednesday, August 24, 2022, at Freeman Family Funeral Homes and Crematory, Carmony-Ewing Chapel, 819 S. Harrison St. in Shelbyville.

Funeral services will follow at noon on Wednesday, at the funeral home, with Pastor Roger McDaniel officiating.

Interment will be at Fairland Cemetery in Fairland.

Memorial contributions may be made to the Fairland Fire Department, PO Box 225, Fairland, Indiana 46126.

Online condolences may be shared with Ralph’s family at www.freemanfamilyfuneralhomes.com.

To order memorial trees or send flowers to the family in memory of Ralph Edward Fisher, please visit our flower store.