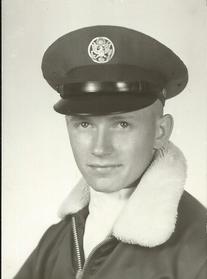 Randall Lee Weingarth December 11, 1946 – March 4, 2018 Randall Lee Weingarth, 71, passed in peace early Sunday, March 4, 2018, at his home in Shelbyville. Born December 11, 1946, in Shelbyville, he was the son of Carl Gustave and Mary Agnes (Kuhn) Weingarth. Survivors include his sisters, Judy C. Sprengelmeyer and Tina L. Vogel Reese; nieces and nephews, Christopher L. Vogel, Jenell Z. Coulter, Ryan C. Murphy (Sarah Penrose), Sarah R. Murphy, Jessica E. (David) Hettwer, William C. Murphy and Mary E. Murphy (Ryan Lewis); and great-nieces and great-nephews Henry, Levi, Lexi, Roman, Mercy, Ali, Malia, Demari’, Peyton, Syrys, Faran, JanaLynne, Teagan, Elias, GracyAnn, Hendrix, Ella, Jaxyne, AryAuna and Argus; aunt, Betty Ann (George) Hoeltke; and several cousins. He was preceded in death by his parents; paternal grandparents, William and Bertha Weingarth; maternal grandparents, George and Mary Kuhn; niece, Grace L. Murphy; great-nephew, Naja; and several aunts and uncles. Randy attended Colescott (Pearson) elementary and Shelbyville High School, graduating in 1965. He received a bachelor’s degree in business management from George Rogers Clark University in 1972. He served in the U.S. Air Force from 1966 to 1970, where he was a crew chief based in Thailand, maintaining and refueling jets during the Vietnam War. He was a longtime member of American Legion Post #70, where he often performed with various bands. Drums and music were always his passion – specifically old-time rock ‘n’ roll and good-old-boy country. He started on a field snare drum in fourth grade and was instructed and conducted by Shelbyville’s well-known bandleader Fritz Chesser in elementary, junior high and high schools. During that time he also played in the SHS marching band, dance band and pep band. He organized a Dixieland band that played for a political rally on Public Square in 1965 and joined a Franklin rock-and-roll band, the Quiks, that performed at high school hops and skating rinks, appeared on the Jim Shelton radio show and participated in Battle of the Bands at Johnson and Shelby county fairgrounds. He also was a founding member of the Shelbyville Community Band. During his military service in South Dakota, he played in a rock-and-roll/soul band in Rapid City and on Ellsworth Air Force Base and also in a German polka band entertaining tourists in the Black Hills. Back in Indiana, he played in Rushville’s Sweetwater Band and once auditioned for the Johnny Cougar (Mellencamp) band. He entered the Indy Southside music scene at a jam session and played the Southside for decades afterward, meeting and playing with many local legends along the way. Randy organized The Sugar Creek Band as a house band for Big Jim’s Tavern and recruited many local musicians during his time there. He later organized the popular Old No. 7 Band, performing in Shelbyville, Indianapolis and communities as far south as Madison. Randy also participated in local theater as a member of Shelby County Players, performing in several musicals as well as playing major roles in a number of dramas. At the time of his passing, Randy was property manager for Weingarth Properties LLC, a small family rental business. Randy was a lifelong member of Zion United Church of Christ in Shelby County, where he sang in the choir, played drums for contemporary services, and once served as president of the Church Council, following in the footsteps of his father. Visitation will from noon to 1 p.m. Saturday, March 10, 2018 at Zion United Church of Christ, 7025 East County Road 100 North, Shelbyville. Funeral services will be at 1 p.m. Saturday at the church, with Dr. Brad Schultz officiating. Interment will be at Zion Cemetery in Shelby County, with military graveside rites conducted by the local military committee. A gathering of friends will follow to celebrate Randy’s life in the fellowship hall of the church. Services have been entrusted to Freeman Family Funeral Homes and Crematory, 819 S. Harrison St. in Shelbyville. Memorial contributions may be made to Zion United Church of Christ or the Shelby Community Band, in care of the funeral home. Online condolences may be shared with Randy’s family at www.freemanfamilyfuneralhomes.com.
To order memorial trees or send flowers to the family in memory of Randall Lee Weingarth, please visit our flower store.