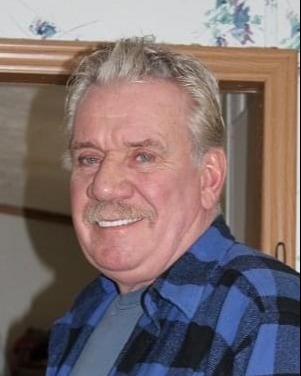 Randy is survived by his daughters, Angela Towe Given of Coweta, Oklahoma, and Jessica Towe and fiance’ Jack Morris, of Shelbyville; sons, Todd Catron and Eric Towe, both of Indianapolis; sisters, Rhonda Whitehead and husband, Jerry, and Jama Green and husband, Jon, both of New Castle, and Becky Foutz; significant other, Cindy Hansen of Indianapolis; grandchildren, Kylie, Gage, Jacob, Nick, Jason, Duncan, Amy, Harlow and one on the way, Benjamin; and several nieces and nephews.

He was preceded in death by his parents; and a grandchild, Hayden.

He was a U.S. Marine Corp veteran.

Randy was a truck driver, last driving for Johnson Trucking, prior to retiring in 2017.

He was an excellent woodworker and also enjoyed working on vehicles.

He was also preceded in death by his dog, Kirby.

Visitation will be from 3 to 5 p.m. Sunday, December 18, 2022, at Freeman Family Funeral Homes and Crematory, Carmony-Ewing Chapel, 819 S. Harrison St. in Shelbyville.

Military rites will be conducted at 5 p.m. Sunday, at the funeral home.

Inurnment will be at Mooreland Cemetery in Mooreland, where he will be reunited with his parents.

Online condolences may be shared with Randy’s family at www.freemanfamilyfuneralhomes.com.

To order memorial trees or send flowers to the family in memory of Randall Stuart Towe, please visit our flower store.