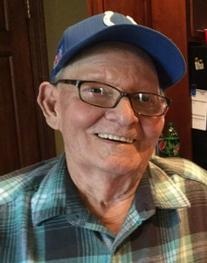 Ray A. Bruce, Sr., 87, of Morristown passed away Sunday, February 2, 2020 in Greenfield. He was born February 21, 1932, in Red Oak, Iowa, the son of Edwin Paul and Katherine Regina (Schaub) Bruce. On November 15, 1953, he married Shirley Joan Bowman, and she preceded him in death on December 2, 2016. Ray is survived by his children, Robert Alan Randle of Marysville, Missouri, Billy Joe Randle and wife, Pamela, of Greenfield, Kathy Jo Gordon and husband, Dan, of Morristown, and Ray Bruce Jr. and wife, Lisa, of Fountaintown; several grandchildren and great-grandchildren; and numerous nieces and nephews. He was also preceded in death by his parents; brothers, Michael Bruce, James Bruce, George Bruce, Eddie Bruce and Lawrence Bruce; sisters, Margaret and Marie Bruce. Ray was a veteran of the U.S. Army, serving during the Korean Conflict. He was born and raised Catholic and later attended the Methodist Church in Vevay. Ray worked in the auto body repair business for 60 years, and he owned and operated Bruce’s Body Shop in Lawrence for 10 years. He was a member of the Vevay Lodge No. 122 and Sugar Creek Lodge No. 279 of the Free and Accepted Masons, Vevay Order of Eastern Star, Veterans of Foreign Wars Lawrence Post No. 261, American Legion Vevay Post No. 185, Scottish Rite and Murat Shrine. Ray enjoyed hunting and fishing in his younger days. He also enjoyed being a part of the Murat Shrine Car Club. Visitation will be from 4 to 8 p.m. Thursday, February 6, 2020 at Freeman Family Funeral Homes and Crematory, Carmony-Ewing Chapel, 819 S. Harrison St. in Shelbyville, with the Masonic Ritual at 6:30 p.m. Funeral services will be at 10 a.m. Friday, February 7, 2020 at the funeral home. Interment will be at New Palestine Cemetery in New Palestine, with military honors conducted by the local military committee. Memorial contributions may be made to the Naamah Chapter Order of Eastern Star, 519 S. Harrison St., Shelbyville, Indiana 46176 or Wounded Warriors, PO Box 758517, Topeka, Kansas 66675. Online condolences may be shared with Ray’s family at www.freemanfamilyfuneralhomes.com.
To order memorial trees or send flowers to the family in memory of Ray A. Bruce Sr., please visit our flower store.