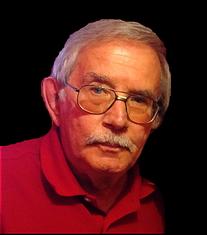 Richard Allen Staats, 76, of Shelbyville peacefully passed away Friday, December 7, 2018 at his home. He was born November 18, 1942, in Shelbyville, the son of Charles and Helen (Pyke) Staats. On September 17, 1966, he married his wife of 52 years, Barbara Benefiel, and she survives. In addition to Barbara, Richard is survived by his daughters, Kimberlee Dobrowski of Indianapolis, and Kelley Wertz and husband, Jeff, of Carmel; sons, Todd Staats and wife, Stephanie, of Phoenix, Arizona, and Jon Staats and wife, Jennifer, of Indianapolis; brothers, Bob Staats and wife, Karen, of Fort Wayne, and Mike Staats and wife, Donna, of Lexington, Kentucky; sister, Ann Lawson and husband, Butch, of Shelbyville; grandchildren, Alexa Rose, Maddie Jo, Charlie, Jonah, Jagger, Olivia and Rebecca; and numerous nieces and nephews. He cherished a close and loving relationship with the Benefiel family. Richard was preceded in death by his parents; and a brother, David Staats. He graduated from Shelbyville High School in 1960, and obtained his bachelor’s degree in education and history from Ball State University. Richard was an insurance underwriter for over 40 years, retiring in 2004. He enjoyed listening to classical and jazz music. Richard also enjoyed watching Notre Dame football and Indiana University basketball. Richard loved to attend and support the various events in which his children and grandchildren participated. Visitation will be from 5 to 7 p.m. Tuesday, December 11, 2018 at Freeman Family Funeral Homes and Crematory, Carmony-Ewing Chapel, 819 S. Harrison St. in Shelbyville. Funeral services will be at 7 p.m. Tuesday at the funeral home, with Pastor Andy Lee officiating. Richard’s family would like to extend their heartfelt appreciation and affection for the wonderful care he received from his doctors and nurses. In lieu of flowers, memorial contributions may be made to the Richard Staats Memorial Fund, in care of the funeral home or memorial gifts may also be given in Richard's name to the Benesse Oncology Center, 2455 Intelliplex Drive, Shelbyville, Indiana 46176. Online condolences may be shared with Richard’s family at www.freemanfamilyfuneralhomes.com.
To order memorial trees or send flowers to the family in memory of Richard Allen Staats, please visit our flower store.