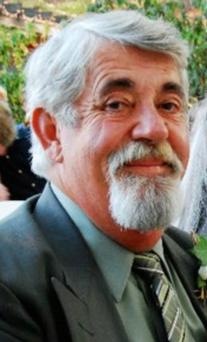 Richard David “Rick” Shelton, 72, of Morristown passed away Thursday, December 6, 2018 at Franciscan St. Francis Health in Indianapolis. He was born July 7, 1946, in Morristown, the son of Richard Earl and Catherine Aldine “Deane” (Phillips) Shelton. Rick is survived by his mother of Morristown; children, Julieann Groves, Paul Shelton and Nicki Grant, all of Redway, California; brothers, John Shelton and wife, Jeanette, of San Diego, California, and Greg Shelton of Culver City; sister, Tina Shelton of Frazier Park, California; grandchildren, Nathan, Lennon, Cameron, Tristen, Lane and Abbi; and numerous nieces and nephews. He was preceded in death by his father. Rick proudly resided on the farm that had been in the family since 1863. He graduated from Culver City Senior High in 1965. Rick retired from Hershey America Pasta Company in Omaha, Nebraska in 2004, with over 20 years of service. He was a U.S. Navy veteran, serving during the Vietnam War. Rick was a member and past commander of American Legion Post No. 102. He was super active and adventurous. He enjoyed bird watching, gardening and raising chickens. Rick was a loving and devoted son, great father, and wonderful friend to many. He loved a good joke, riding his Harley and NASCAR. Visitation will be from 4 to 8 p.m. Friday, December 14, 2018 at Freeman Family Funeral Homes and Crematory, Frazier Chapel, 124 E. North St. in Morristown. Funeral services will be at 10 a.m. Saturday, December 15, 2018 at the funeral home. Interment will be at Asbury Cemetery in Morristown. Memorial contributions may be made to the Wounded Warrior Project, PO Box 758517, Topeka, Kansas, 66675. Online condolences may be shared with Rick’s family at www.freemanfamilyfuneralhomes.com.
To order memorial trees or send flowers to the family in memory of Richard David "Rick" Shelton, please visit our flower store.