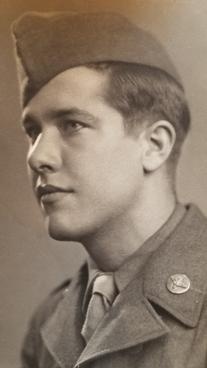 Richard E. Knight, 92, of Ormond Beach, Florida passed away Thursday, July 12, 2018 at Halifax Health and Hospice Care Center in Ormond Beach. He was born October 25, 1925, in Shelbyville, the son of Edward M. and Esther N. (Grayson) Knight. On September 13, 1947 at the First United Methodist Church in Shelbyville, he married Mary Louise Eads of Shelbyville. She preceded him in death on February 22, 1986. Richard is survived by his sons, Steven Knight and wife, Meri, of Columbus, Bruce Knight and David Knight, both of Phoenix, Arizona; grandchildren, Jason, Courtney and Angela; and great-grandchildren, Solomon, Julius, Ayla and Nash. In addition to Mary Louise, Richard was also preceded in death by parents. Richard was a sales executive at H.B. Fuller, retiring in 1987. He graduated from Shelbyville High School, and received his bachelor’s degree in business from Indiana University. Richard was a World War II veteran in the U.S. Army Air Corp. He served in the 68th Army Airways Communication System Group as a cryptographic technician. He was a former member of the First United Methodist Church of Shelbyville. Richard enjoyed traveling, fishing and walking the beach. Visitation will be from 1:30 to 3:30 p.m. Saturday, July 21, 2018 at Freeman Family Funeral Homes and Crematory, Carmony-Ewing Chapel, 819 S. Harrison St., in Shelbyville. Funeral services will be at 3:30 p.m. Saturday at the funeral home, with Rev. Bob Campbell officiating. Interment will be at Forest Hill Cemetery in Shelbyville, with military graveside rites conducted by the local military committee. Memorial contributions may be made to Cancer Association of Shelby County, PO Box 844, Shelbyville, Indiana 46176. Online condolences may be shared with Richard’s family at www.freemanfamilyfuneralhomes.com.
To order memorial trees or send flowers to the family in memory of Richard E. Knight, please visit our flower store.