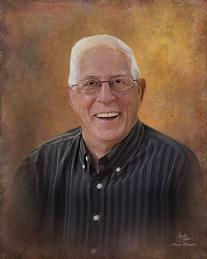 Richard E. Morris, 88, of Morristown passed away Thursday, October 15, 2020, at Our Hospice of South Central Indiana in Columbus. He was born December 12, 1931, in Connersville, the son of Jesse Sr. and Anna Ethalee (Gallihier) Morris. On June 27, 1952, he married his wife of 68 years, Ada J. Stephen, and she survives. In addition to Ada, Richard is survived by his daughters, Veronica Rogers and husband, Gary, of Morristown, Diana Gephart Fugate and husband, Rick, and Marchella Spivey and fiance’, Steve Wheeldon, both of Shelbyville, and Sheri McCane and husband, Clay, of Rushville; sister, Gladys Glover of Fort Bragg, North Carolina; 11 grandchildren; 26 and one on the way great-grandchildren; seven step great-grandchildren; and several nieces and nephews. He was preceded in death by his parents; brothers, Albert Morris and Jesse Morris Jr.; sisters, Vera Shaw and Bessie Hardin; and great-grandson, Jacob Anthony McMann. Richard graduated in 1949 from Connersville High School and attended Bible College in Cincinnati and Indianapolis. He was a member of Bethel Baptist Church in Greenfield. Richard was a U.S. Army and Air Force Reserve veteran, serving for over 30 years. He retired from Ford Motor Company Indianapolis on August 1, 2004, with 42.3 years of service. Richard was a past member of the Odd Fellows, Masonic Lodge and Shriners. He enjoyed fishing, bowling, watching people, and working outdoors in his yard and Ada’s flower gardens. Richard loved his grandchildren and enjoyed making memories with them. Visitation will be from 2 to 6 p.m. Sunday, October 18, 2020 at Freeman Family Funeral Homes and Crematory, Frazier Chapel, 124 E. North St. in Morristown and from 9:30 to 10 a.m. Monday, October 19, 2020 at Bethel Baptist Church, 1610 S. State St. in Greenfield. Funeral Service at 10 a.m. Monday at the church, with Pastors Tommy Hensley and Randall Parker officiating. Interment will be at Asbury Cemetery in Morristown, with military graveside services. Memorial contributions may be made to the Cancer Association of Shelby County, P.O. Box 844, Shelbyville, Indiana 46176. Online condolences may be shared with Richard’s family at www.freemanfamilyfuneralhomes.com.
To order memorial trees or send flowers to the family in memory of Richard E. Morris, please visit our flower store.