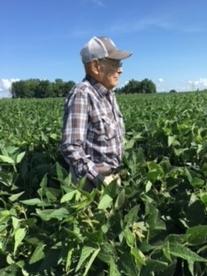 Robert Austin Rice, 93, of Greenfield died Friday, July 16th, 2021 at Prairie Lakes Health Campus, Noblesville. Born May 2, 1928, he was the son of Verl and Bernice Rice. He married Donna L. Thoms on June 10, 1950, who is deceased. Survivors include his son, Steven C. (wife Linda) Rice of Fortville; daughter, Patricia L. Rice of Greenfield; granddaughter, Afton E. (husband Jason) Cheek of Dallas, Texas; stepgrandchildren, Jacqueline Webster of Chicago; Daniel (wife Madison) Webster of Indianapolis; Joshua (wife Becky) Myles of Knightstown; great grandchildren Jackson and Austin Cheek and step greatgrandchild Dalton Myles. He was preceded in death by his parents; his wife, Donna; infant daughter, Ann Rice; and brothers, Gayle and Gerald Rice. Mr. Rice graduated from Morristown High School in 1946 where he was the Class Valedictorian which he was always very proud of. While he never played any sports, he was the basketball’s team manager. He attended almost all of the alumni banquets up until just a few years ago. Mr. Rice was a member of the Morristown United Methodist Church and a former member of the Morristown Lions Club. He was also an avid patron of the Morristown Bluebird Restaurant where he would visit at least three times a day to eat, drink coffee and enjoy conversation with his round table friends unless he was busy planting or harvesting. Some would jokingly call him the “Mayor of Morristown”! Bob, which is what everyone called him, originally wanted to be a veterinarian but the only school at that time was Ohio State which was much too far away and costly. As a result, he started farming with his Dad but soon married a “city girl”’ Donna, and they both started farming on their own with help from family and friends. Farming was his life, all that he ever knew. During his career, he raised dairy cattle (Jerseys), hogs, beef cattle, sheep, corn, soybeans and wheat. Even in his last weeks he still was interested in the price of beans and corn. His wife took care of the chickens! He also loved German shepherd dogs of which he had several during the course of his life. Bob also enjoyed college basketball, especially watching Purdue, and the Pacers. He always enjoyed spending the holidays with family, and he always looked forward to the “Rice Reunions” Bob will be missed by family and friends for his witty humor, and his intellect. His ability to build his farm from scratch, alongside his supportive wife Donna, is a measure of his fortitude that is sometimes tested as a small town farmer, and he will forever be respected by his family and friends. Visitation will be from 4 to 8 p.m. Friday, July 23, 2021, at Freeman Family Funeral Homes and Crematory, Frazier Chapel, 124 E. North St. in Morristown. Funeral services will be at 10 a.m. Saturday, July 24, 2021, at the funeral home, with Bill Farmer officiating. Interment will be at Asbury Cemetery in Morristown. Memorial contributions may be made to the Morristown United Methodist Church, 221 S. Washington St., Morristown, Indiana 46161. Online condolences may be shared with Bob’s family at www.freemanfamilyfuneralhomes.com.
To order memorial trees or send flowers to the family in memory of Robert Austin Rice, please visit our flower store.