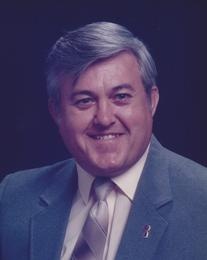 Robert D. “Bobby” Tucker, 75, of Shelbyville passed away Tuesday, August 11, 2020 at Franciscan St. Francis Health in Indianapolis. He was born December 25, 1944, in Shelby County, the son of Ralph and Loretta Faye (DeWitt) Tucker. On October 7, 1967, he married Shirley Ann Wertz, and she survives. In addition to Shirley, Bobby is survived by his son, Scott Tucker and wife, Melissa, of Canton, Michigan; sisters, Mary Bennett and husband, Jerry, of Shelbyville, and Rita Tucker of Bedford; granddaughter, Mariah Tucker; and numerous nieces and nephews. Bobby was preceded in death by his parents; sisters, Bonnie Kendall, JoAnne Frederick, Susie Bowers, Linda Hill and Beverly Berry; and brothers, Bill Tucker, Richard Tucker and Jack Tucker. He graduated in 1964 from Waldron High School, and continued his education at Lincoln Tech. Bobby was a U.S. Army veteran,, stationed in Germany, serving from 1965 to 1967. He was a member of Shelbyville Community Church. Bobby retired in 2009, as a tool and die machinist for Firestone, with 29 years of service. After retirement, he worked at Indiana Grand Casino. He was also a member of American Legion Post No. 70, where he served four times as Commander. Bobby also served as 10th District Commander. Other memberships include the Forty and Eight Club, where he served as Chef De Gare and the Veterans of Foreign Wars. Bobby also leaves behind his granddog, Woody. Visitation will be from 10 a.m. to noon, Saturday, August 15, 2020 at Freeman Family Funeral Homes and Crematory, Carmony-Ewing Chapel, 819 S. Harrison St. in Shelbyville. Funeral services will be at noon Saturday, with Pastor Merry Popplewell officiating. Military rites will be conducted by the local military committee. Memorial contributions may be made to Our Hospice of South Central Indiana, 2626 17th St., Columbus, Indiana 47201 or American Heart Association, 6100 W. 96th St., Suite 200, Indianapolis, Indiana 46278. Online condolences may be shared with Bobby’s family at www.freemanfamilyfuneralhomes.com.
To order memorial trees or send flowers to the family in memory of Robert D. "Bobby" Tucker, please visit our flower store.