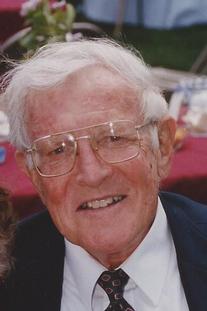 Robert “Gene” Sexton, 95, of Shelbyville passed away Saturday, August 14, 2021, at Ashford Place Health Campus in Shelbyville. He was born November 6, 1925, in Shelby County, the son of Leroy and Cora (Hendricks) Sexton. On February 11, 1956, he married Helen Marie Emma Draxton, and she preceded him in death on April 16, 2020. Gene is survived by his daughters, Jeanne Lockridge and husband, Kurt, of Shelbyville, Teresa Drake and husband, David, and Julie Drake and husband, Darrell, both of Cambridge City, Toni Everhart and husband, Gary, of Waldron, Jan Kehrt and husband, Brian, of New Palestine, and Tina Clapp and husband, Carl, of Shelbyville; brother, Jack Sexton of Winter Springs, Florida; grandchildren Tyler Lockridge and wife, Mandy, Luke Lockridge and wife, Susan, Aaron Drake and wife, Ashley, Ryan Drake and wife, Anna, Sarah Holt and husband, Jake, Adrienne Fisher and husband, Erik, Megan Smith and husband, Kevin, Lauren Kehrt, Lindsey Nelsen and husband, Brandon, Natalie Kehrt, Natasha Waite and husband, Chris, Nathan Clapp, and Morgan Martin and husband, Aaron; 15 great-grandchildren; and several nieces and nephews. In addition to Helen, Gene was preceded in death by his parents; and brother, Don Sexton; and sisters, Faye Fisher and Fern Farquhar. Gene graduated in 1944 from Shelbyville High School. He continued his education at Ball State Teachers College (now Ball State University) graduating in 1950. Gene was a member on the undefeated 1949 Ball State football team which currently stands as the university’s only undefeated football team and was inducted into the Ball State University Athletic Hall of Fame in 2011. He went on to obtain his Master’s degree from Butler University in 1958. He was a U.S. Navy veteran. Gene became principal at Shelby Township in 1951, and then taught at Colescott Elementary (later Lora B. Pearson). He moved to the Shelbyville Junior High School in 1957 to teach in the math department. He became full-time principal there in 1964 and served in that position until his retirement in 1987. He also served as athletic director. Gene was also a coach on the Golden Bear football and track staffs. Gene was inducted into the Shelbyville High School Alumni Hall of Fame in 2010. He had also worked for Carmony-Ewing Funeral Homes. He served his community well including six terms on the Shelbyville City Council. Gene was a member of the Benevolent and Protective Order of the Elks, Retired Teachers Association, Council on Aging, Ball State Alumni Association and American Legion. Graveside services will be at 11:15 a.m. Tuesday, August 17, 2021, at Lewis Creek Baptist Cemetery in Shelby County. Services have been entrusted to Freeman Family Funeral Homes and Crematory, 819 S. Harrison St. in Shelbyville. Memorial contributions may be made to the Shelbyville High School Athletic Department, 2003 S. Miller St., Shelbyville, Indiana 46176 or Our Hospice of South Central Indiana, 2626 E. 17th St., Columbus, Indiana 47201. Online condolences may be shared with Gene’s family at www.freemanfamilyfuneralhomes.com.
To order memorial trees or send flowers to the family in memory of Robert "Gene" Sexton, please visit our flower store.