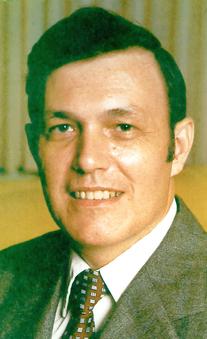 Our beloved husband, father and grandfather, Robert P. Inlow, M.D., passed away on February 16, 2021. Bob was born in Shelbyville, IN in 1930 to Norma and Dr. William DePrez Inlow. He was a proud graduate of Indiana University where he obtained his bachelor’s degree in 1951 and his medical degree in 1956. IU is also where he met his wife of 70 years, Roberta Graber Inlow. Bob completed his medical internship at the Ohio State University and his residency in surgery at the Mayo Clinic. Bob was also immensely proud of his service as a Captain in the United States Army. One of Bob’s proud professional achievements was his work at the Inlow Clinic which provided medical services to the greater Shelbyville community for 68 years. The clinic was started in Shelbyville by his father, Dr. William DePrez Inlow, and uncles Herb and Fred in 1923. Bob joined the clinic in 1963, served as President and put his heart into the organization until it closed its doors in 1991. Over the years the clinic employed 40 different doctors and served countless patients in Shelby County. Bob was also proud to continue the tradition of the Mayo Clinic Priestly Society which bestowed the “Inlow Award” annually for top surgical research by a fellow in the surgical training program. Even after his retirement he continued his medical pursuits in the Medical Reserve Corps and CERT in Redondo Beach, California. Another proud professional achievement was his service with the American College of Surgeons (ACS). He served on the Board of Directors of the Indiana Chapter ACS, and was President of the Indiana Chapter of ACS 1994-1995. He was elected to the national Board of Governors in 1995 and served as Governor at Large for Indiana from 1995-2001. However, Bob’s proudest achievement was his family. He is survived by his wife, Roberta, their three children, Barbara Inlow-Childress (Kenneth), Dan Inlow (Laura), and Diana (Dee Dee) Inlow Pare (Thomas), as well as seven grandchildren, Amanda, Andrea and Christopher Childress, Kevin and Connor Inlow, and Claire and Thomas Pare, Jr. He was preceded in death by his brothers, William D. Inlow, Jr. and James N. Inlow. Bob loved to travel and was an avid genealogist. He was outgoing, gregarious, and loved a good laugh. He especially loved Thanksgiving when he, ever the surgeon, always carved the Thanksgiving turkey perfectly and was surrounded by his kids and grandkids. His favorite pursuits after retiring were watching his grandchildren’s school and sporting events and watching his beloved Hoosiers. Bob touched many lives personally and professionally and will be forever in our hearts. Due to COVID, only a family memorial will be scheduled at this time. Services have been entrusted to Freeman Family Funeral Homes and Crematory, 819 S. Harrison St. in Shelbyville. Interment will be at Forest Hill Cemetery in Shelbyville. Memorial contributions may be made in Bob’s honor to the Cancer Association of Shelby County, PO Box 844, Shelbyville, Indiana 46176. Online condolences may be shared with Bob’s family at www.freemanfamilyfuneralhomes.com.
To order memorial trees or send flowers to the family in memory of Robert P. Inlow, M.D., please visit our flower store.