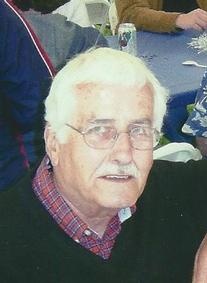 Robert Samuel Ardery, 94, of Shelbyville passed away Saturday, June 29, 2019 at his home. He was born December 13, 1924, in Greensburg, the son of Samuel and Mary Florine (Bowman) Ardery. On November 25, 1956, he married his wife of 62 years, Betty Nabring, and she survives. In addition to Betty, Robert is survived by his sons, Sam Ardery and wife, Patty, of Bloomington, and Kirk Ardery of Southport; grandchildren, Rachel Iler and husband, Ben, of Indianapolis, Grace Smith and husband, Chad, of Chicago, Illinois, and Mary Ardery of Carbondale, Illinois; great-grandson, Walker Iler; and cousin, Joe Bailey of Shelbyville. He was preceded in death by his parents; three sisters, Mary Florine, Margaret and Ruth; and a brother, David. Robert graduated from Greensburg High School in 1943 and Butler College of Pharmacy in 1953. He was a World War II veteran of the U.S. Army Air Corps, serving from September of 1943 to June of 1946. He served with the 517th Troop Carrier Squadron in the China-Theater as a radio operator on C-46 and C-47 aircraft. Robert was a pharmacist at Lomark and Rite Aid from 1968 until retiring in 1988. He was a member of American Legion Post No. 70. Robert enjoyed bowling, pitching horse shoes, playing euchre and gardening. A Gathering of Friends will be from 11 a.m. to noon, Tuesday, July 2, 2019 at the First Presbyterian Church, 124 W. Broadway St. in Shelbyville. A Celebration of Robert’s life will be at noon Tuesday at the church, with Rev. Mark Morningstar officiating. Military rites will be conducted by the local military committee. Services have been entrusted to Freeman Family Funeral Homes and Crematory, 819 S. Harrison St. in Shelbyville. Memorial contributions may be made to the Wheeler Mission, 245 N. Delaware St., Indianapolis, Indiana 46204 or Planned Parenthood of Indiana and Kentucky, Attn: Development, PO Box 397, Indianapolis, Indiana 46206. Online condolences may be shared with Robert’s family at www.freemanfamilyfuneralhomes.com.
To order memorial trees or send flowers to the family in memory of Robert Samuel Ardery, please visit our flower store.